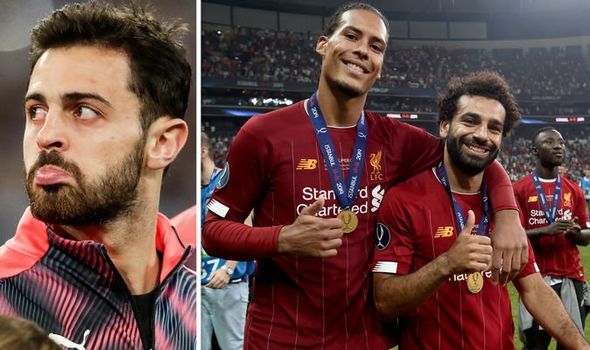 Bernardo Silva claims there is a bias towards Liverpool when it comes to handing out individual awards. Liverpool players have won the PFA Player of the Year award for the last two seasons despite Manchester City’s stunning displays.

Mohamed Salah and Virgil van Dijk have beaten the likes of Kevin de Bruyne, Sergio Aguero and Raheem Sterling to the gong, and Jordan Henderson is the big favourite for this year.

City have been champions the last two years, accumulating over 100 points and winning the title by 19 points, with Liverpool in fourth in 2018, but Salah still picked up the personal accolade.

Last season City pipped Liverpool by a single point and Van Dijk was named the best player in the league.

And City ace Bernardo thinks some of his team-mates could have had more credit.

“I hope this is not a bad example, and people don’t take it badly. But I always think about the last three seasons, Man City and Liverpool,” Silva told Bleacher Report. 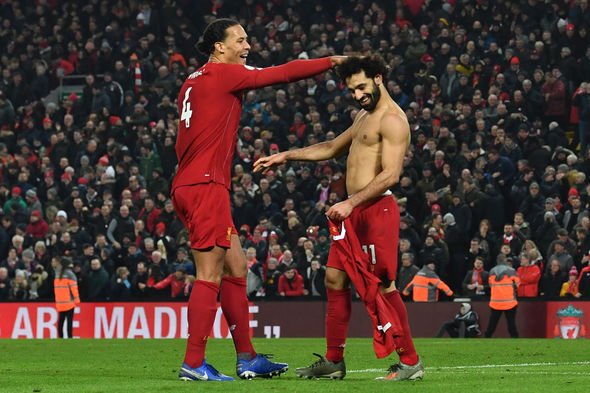 “Three seasons ago we win the league and they were 30 points behind. Kevin De Bruyne, unbelievable season, Mo Salah, scores a lot of goals. He’s a great player and I admire him a lot, and they give the award to Mo Salah.

“The season after, very tight. Raheem Sterling was on the run with van Dijk, they give the award to van Dijk. This season again, Kevin de Bruyne, another unbelievable season.

“We’re behind, but because Liverpool are champions probably one of them is winning the award again.”

Liverpool are on the brink of a first Premier League title and need just six points to be crowned champions.

But with the Premier League suspended since March 13 and without a date to return there is still some uncertainty that they will even get to lift the trophy.

Silva added: “I think about David Silva, Sergio Aguero never won the PFA Player of the Year. I think the individual awards are very relative.”