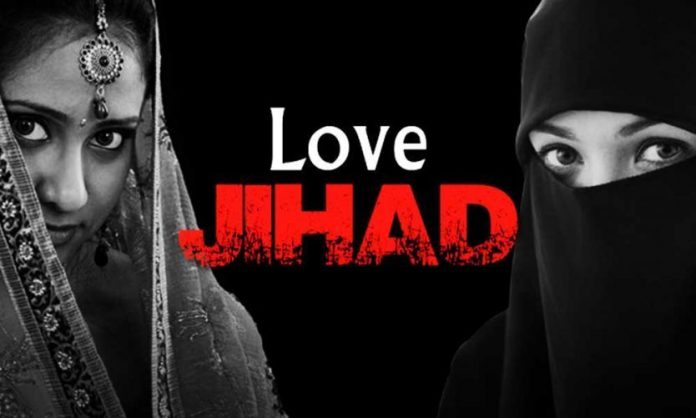 Recently, the Syro Malabar Church, The Kerala Catholic Bishops’ council and many Christian organisations had voiced their concerns over the growing number of Love Jihad cases in Kerala. This is something many Hindu organisations, grieving parents and families have been alleging for the last few years too, that there are forces active in Kerala that are targeting young women, brainwashing them in the name of ‘religious studies’, forcefully converting them into Islam and then shipping them off to serve for ISIS as sex slaves.

Fr Varghese Vallikkatt, the spokesperson for the Kerala Catholic Bishops Council(KCBC), had stated that the government ignoring the cases of Love Jihad and not taking action, is nothing but a ‘silent sanction’. The Synod of the Syro-Malabar Church had expressed similar concerns recently too, that girls are being targeted by radical Islamic organisations in Kerala and are being sent to work for terrorist organisations.

The cases started getting media attention back in 2016. In July 2016, Mini Vijayan, a military official had alleged that her daughter Aparna, has been forcefully converted into Islam. Aparna was traced to Sathyasarani, or the Markazul Hidaya Educational and Charitable Trust in Malappuram. She came to appear in court, accompanied by a woman called Sumayya. Aparna told the officials that she has accepted Islam and she does not want to go with her mother.

A recent report stated that Aparna, a BTech student when she vanished from her hostel in Kochi, has married a person named Aashiq, an auto driver from Malappuram.

Back in 2016, another case, that of a Hindu girl named Nimisha, had come to highlight. On August 2011, Kerala police had arrested two persons named Sheena Farzana and Naser, two alleged ‘handlers’ who were recruiting young girls in Kerala to go and ‘work’ for ISIS in Yemen. They were both from Sathyasarani, an organisation run by PFI. Investigations led to the discovery of several other targeted conversions.

Nimisha, a 23-year-old Hindu girl was among the 21 people from Kerala who had left the state and went to join ISIS. it was the news of ISIS joining that had stirred up media interest and police action in the cases of forced conversion. Nimisha had converted, changed her name to Fathima, married another neo-convert named Bexton and had left for Afghanistan. Along with Nimisha was another girl called Merrin, who had also converted into Islam, changed her name into Mariyam and had married another neo-convert called Bestin. Nimisha was reportedly to marry a Muslim man who had later refused. The ‘conversion’ cum religious study centre, had then ‘arranged’ for her to marry Bexton.

A number of such cases have been reported. In 2017, when NIA started probing the ISIS link and Love Jihad cases, they had found that two Hindu girls, Athira and Akhila (who later became Hadiya) were lured by the same woman, a PFI worker named Sainaba.

All these women were found linked to the Sathyasarani Trust or the Markazul Hidaya in Malappuram.

The organisation that emerges as the common link between these conversions and ‘education’ is Malappuram’s Sathyasarani Trust, or the Markazul Hidaya, an organisation run by PFI. Hadiya (Akhila) was there, Aparna was there, the women who went to join ISIS were there. A recent report states a raid by investigative agencies have recovered the documents of conversions of 70 Hindu and Christian girls. The trust has stated that the girls were there for ‘religious studies’.

In the Hadiya case, the NIA had stated in court that Hadiya’s conversion and marriage to Shafeen Jahan were not isolated incidents, but an organised effort by Sathyasarani and PFI.

An India Today sting into Sathyasarani and PFI had reported that PFI’s founder member had admitted on tape that their ultimate goal is to make India an Islamic State. It was also reported that NIA has taken cognisance of the investigative report.

When Hadiya’s father, a retired army man had challenged her marriage and conversion in court, the PFI had provided the legal, financial and material help. Hadiya was seen meeting PFI leader. The organisation was reported to have spent over Rs 1 crore for Hadiya case. They had hired Kapil Sibal to represent Hadiya in the Supreme Court. A recent report, citing ED sources, had stated that Sibal alone was paid Rs 77 lakhs.

In 2016, a computer engineer ­Abdul Ras­hid Abdullah and his wife Sonia Sebastian alias Ayesha, an MBA, who were working with Peace Educational Foundation (PEF), an organisation that runs 10 schools in Kerala, were accused of “radicalising” 22 youth from Pada­nna, Palakkad and Trikarippur. Abdullah had allegedly arranged the marriage ­between Nimisha and Bextin.

The reach of Islamic organisations

A similar case was reported by another Keralite Christian mother Cynthia, in an Outlook report. Cynthia’s daughter Tabitha, who was studying in a gulf nation, had suddenly left after declaring that she wants to embrace Islam. Shocked and stunned, the family had tried to contact her. She was traced to a Baharain-based Islamic organisation called Discover Islam Society. When they managed to convince their daughter for a meeting, Tabitha, cloaked in a ragged hijab and sounding distant, had told them that she cannot live with people who are not Muslims. DIS offers ‘study material’ for their recruits in two Indian languages, Telugu and Malayalam.

Sathyasarani is just one institution. Its backers still deny any links to radical outfits and terrorist groups. there are dozens of such centres being run in Kerala. The Outlook report had cited sources in intelligence claiming that 95% of these radicalisation centres use literature from Zakir Naik’s Islamic Research Foundation. Many of the converted girls have also stated that they were fascinated by Naik’s speeches.

As per an India Today report, Neo-Salafism, which promotes a revanchist Islam, has also struck root in the state. A group calling themselves ‘Dammaj Salafis’ live in a cloistered community in Nilambur in Malappuram. Much like the Amish in the United States, they reject modern technology and live the ‘primitive life’, like in Prophet Mohammad’s time in seventh century CE. Five of the Kerala’s missing ‘ISIS 21’ were followers of this movement and had also reportedly taken religious courses at a Sri Lankan Salafist centre.

An India Today report in 2016 had cited that government data said between 2011 and 2015, 5,975 people in the state had converted to Islam. 1,410 converted in 2015 alone. An overwhelming number, 76 per cent, of the new converts are women below 35, like Nimisha. In another startling revelation, when IRF’s Arshid Qureshi was arrested, it was found that he had engineered over 800 conversions in Mumbai, had converted Merin and also had presided over her marriage to a neo-convert. With the increase in radicalisation in the state and the growing concerns among Hindu and Christian families, it can only be said that the numbers are growing. Police officials say that actual numbers can be far greater.

The report cited the police and families’ legal hurdles in such cases. “When we raid the centres, they produce the girl before the court and make a public statement that she wilfully converted. If there is no crime, the police have no role.” The police officers had also stated that the girls practically vanish, behind burkas. “Their families are unable to trace them and they are given up for dead. The women also wipe out any traces of their old identity, they change names, destroy passports and old signatures. All of which makes it that much more difficult for security agencies to track them down later.”

This is very similar to something we see in the forced conversion cases in Sindh, Pakistan. The only difference is that due to India’s robust laws against child marriage, the victims are adults, posing further problems for the families and police because the cases then just get dismissed or stalled, since the girl, and her Muslim husband, are protected by law for acting as per their ‘free will’. Without an explicit statement from the girl, there is no way for the family or police to establish coercion or brainwashing.

NIA has long been investigating the connection between Lov Jihad, terrorist recruitment and radicalisation in Kerala. Kerala has the most number of radical Muslims working for ISIS in war-trodden countries. Abdullah Rashid, who had taken the 21 people to fight for ISIS, was recently known to have been killed in a drone strike. His wife Ayesha was a Christian convert. His second wife Yasmeen, a woman from Sitamarhi, was sentenced to 7 years of imprisonment in 2018. Yasmeen was said to have recruited 15 more people. Rashid was also behind the recruitment and conversion of the Hindu and Cristian girl who had gone to fight for ISIS.

NIA had recently arrested Riyaz Aboobacker who has admitted that he had been in contact with Rashid Abdulla for a very long time online. Riyas is an IS operative from Palakkad who had during his interrogation, revealed that he was planning to conduct a suicide bomb blast in Kerala, similar to the Sri Lankan blast.

The roots of radical Islam have sunk deep into Kerala. The sheer number of radicalisation, conversion and recruitment centres running is still far from making national headlines or turning the attention of mainstream media. But there is no doubt that it is a ticking time bomb.

Using women as tools and weapons, through either sex slavery or usage in terror recruitment is no longer a secret in the post-ISIS era. The governments, state and centre, need to take it seriously and formulate robust measures to fight the issue.

reader, writer, dreamer, no one