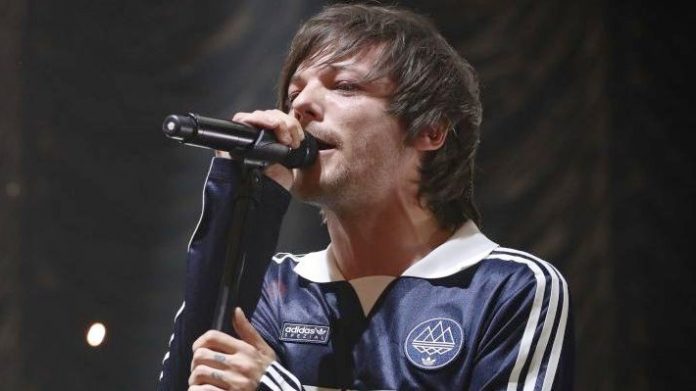 Louis Tomlinson became the last One Direction member to release a solo album Friday. The singer debuted Walls, and with it, he made a pivot from making radio-ready hits to drawing influences from ’90s Britpop. To celebrate the record’s release, Tomlinson is making the American press rounds. Along with a performance on The Tonight Show, Tomlinson stopped by SiriusXM to chat with the Morning Mashup crew about his record’s creative process. Tomlinson had quite the tale up his sleeve, as he dove into a story about the one time he threw up on stage in a stadium of over 60,000 people.

Tomlinson opened up about his “most embarrassing moment ever” in the interview. In 2013, Tomlinson took part in a charity soccer game when he was tackled by pro-player Gabriel Agbonlahor with full force. When asked what caused the puking incident, Tomlinson replied it was a combination of a few things. “Lack of fitness,” he said. “I do smoke quite a lot and I’m not gonna lie, I had been smoking on that day.” Tomlinson went into more detail about the circumstances:

“I got absolutely crippled by a guy, he’s about 16 stone, this professional. And he tried to make a name for himself. I actually got a pretty bad injury after that. But anyway, I’ve got the impact. I’m already feeling a bit wheezy because of my fitness, anyway. I remember stumbling off the pitch, signaling for a sub and I walked off and I knew it was coming. It’s kind of that moment that some of us might have had when you leave the club. There might be twenty people looking at you. I was like, ‘I know it’s coming.’ There was some awful press photos out there. I mean, they got every angle. It was pretty dark for me. But I thought, you know, ‘It’s all on the up from here. It’s never gonna be that bad again.’”

Watch Tomlinson talk Walls and puking in front of so many people on SiriusXM above.

Walls is out now via Simco/Sony. Get it here.