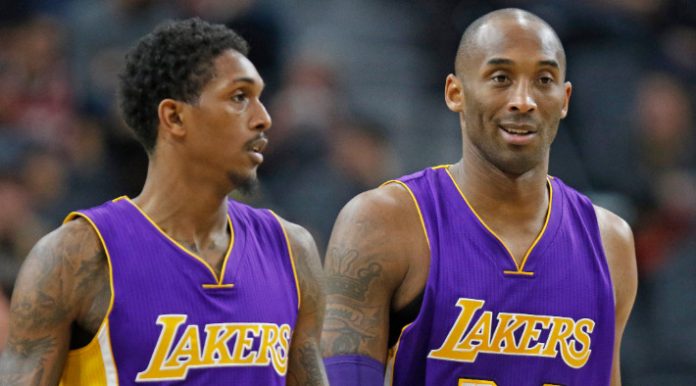 The basketball world is gathering in Chicago this weekend to celebrate All-Star Weekend, and while everyone in attendance will be there to see some of the game’s biggest names take the floor on Sunday evening, they’ll all have heavy hearts. The league has a number of tributes in store for Kobe Bryant, his daughter, Gianna, and the other seven people who passed away in a helicopter crash in California late last month.

Those in the sport and far beyond it have come up with ways to remember Kobe’s lasting legacy on the game, and prior to Sunday’s game, Los Angeles Clippers guard Lou Williams joined the chorus of those remembering one of the best to ever do it. Lou Will dropped a six-song EP, Syx Piece, with the final song titled “24 (Kobe Tribute).” He’s joined on the track by Mitchelle’l and Landstrip Chip.

Lou Will and Kobe were briefly teammates during the 2015-16 season with the Los Angeles Lakers. It was part of Williams’ two-year stint with the team, and also was Bryant’s final season in the league — Lou got a courtside seat to Kobe’s final game, where he famously dropped 60 points and led a furious comeback to help the Lakers take down the Utah Jazz.

As for the track, Lou speaks on how much he misses his friend and ex-teammate, saying that he’s had “a hard time dealing with this sh*t,” a sentiment that has been shared by people around the world in the aftermath of the tragedy.