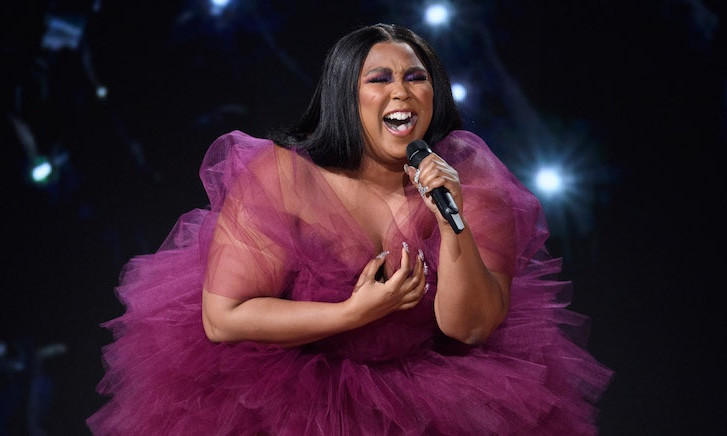 Though Lizzo has been a hardworking career musician for several years, 2019 was the year her efforts were finally recognized by the mainstream. Her 2017 hit “Truth Hurts” went viral and Lizzo’s infectious positive energy inspired many around the world. Lizzo is nominated for an impressive eight Grammys, including four of the biggest categories, making her the most-nominated artists this year.

Lizzo took the Grammys stage for a high-production rendition of “Cuz I Love You,” “Truth Hurts,” Lizzo began her performance with a nod to the late Kobe Bryant. Bringing her big personality to the stage, Lizzo shimmied amidst a diverse group of string players and ballerinas sporting du-rags. “Welcome to the Grammys, b*tch,” she yelled as she concluded her performance.

Lizzo has been reaping the benefits that come with a high-profile career in music. Not only did Lizzo made her SNL debut, but Lizzo gave an electric live performance during the AMAs ceremony. Her music was recognized by many around the globe, including Michelle Obama, who included Lizzo’s “Soulmate” on her workout playlist. Lizzo’s also had the benefit of working with many other iconic musicians. This past year, Lizzo teamed up with Ariana Grande for an energetic remix of “Good As Hell.” Before working with Grande, Lizzo nearly had the pleasure of working with Prince. The iconic musician offered to produce her record shortly before his death.

Watch Lizzo perform “Cuz I Love You” and “Truth Hurts” at the Grammys above.