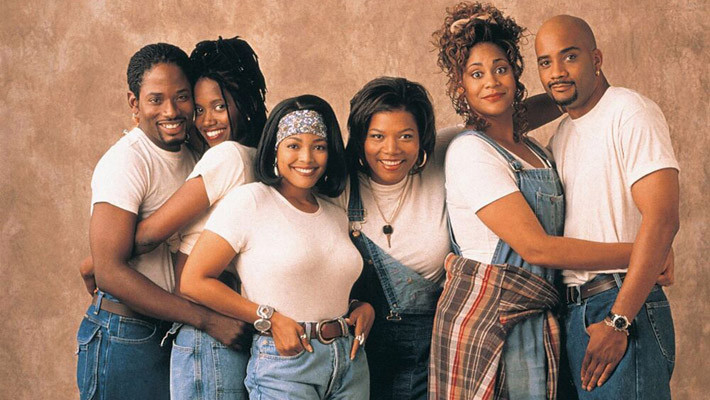 Erika Alexander whipped out her Living Single character (Maxine Shaw, attorney at law) after David Schwimmer’s recent interview with The Guardian didn’t land entirely smoothly. The Friends alum had engaged within a wide-ranging discussion about his career that turned to how people will always associate him with Friends, a series that he believes represents that sliver of time before social media took over many social interactions. Schwimmer also revealed how he felt acutely “aware of my own privilege as a heterosexual white male,” and everything was going alright until he suggested a way to, uh, reboot his series with a diverse take on a close-knit group of pals:

“Maybe there should be an all-Black Friends or an all-Asian Friends. But I was well aware of the lack of diversity and I campaigned for years to have Ross date women of color. One of the first girlfriends I had on the show was an Asian American woman, and later I dated African American women. That was a very conscious push on my part.”

In the hours after this interview published, Living Single began trending as a hashtag with many users pointing out that NBC’s Friends was essentially an all-white reboot of the FOX sitcom starring Queen Latifah and Kim Fields. Not only that, but Living Single was still on the air in 1994 when Friends launched, so it definitely wasn’t even in the rear-view mirror when Schwimmer and his co-stars began to rise into the stratosphere.

To that end, Alexander joined the chorus of voices that wondered why Schwimmer didn’t remember that Living Single ran for five seasons (which are all currently available on Hulu). “[R] u seriously telling me you’ve never heard of #LivingSingle?” she tweeted. “We invented the template!”

Alexander is correct, no doubt, but as of now, there’s been no response or statement from Team Schwimmer. He’s not a big tweeter, so we might be waiting awhile for a response to Alexander’s response. Until that happens, Living Single is funnier than Friends, so maybe we should all go watch it on Hulu.