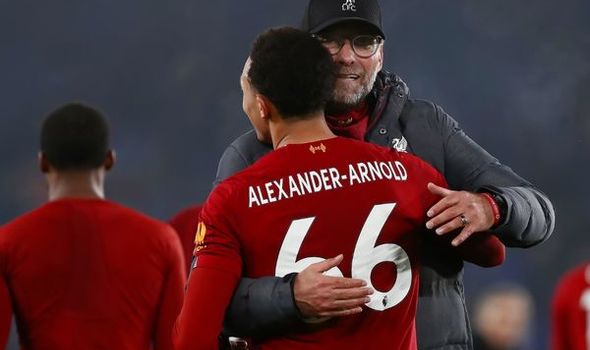 Trent Alexander-Arnold feels as though he has to repay Jurgen Klopp’s faith every time he steps onto the field. The 21-year-old has already made over 100 senior appearances for Liverpool and played in two Champions League final and a World Cup.

It was the German who first gave the right-back his chance in the first team in the League Cup against Tottenham in 2016.

Profiting on the misfortune of Nathaniel Clyne who has struggled with injuries, Alexander-Arnold hasn’t looked back since being handed the chance to start matches.

Now he is one of the first names on the team sheet and is Liverpool’s main source of creativity, despite playing in defence.

His performances have been testament to the belief from his manager, who Alexander-Arnold has the utmost respect for.

In an interview with GQ Magazine, he was asked to use one word to describe Klopp.

But Alexander Arnold couldn’t help but elaborate: “Just everything about him in every way. His man management… as a person, as a manager. Just unbelievable.”

Klopp’s unique character and special relationship with his players has enchanted plenty of naturals since his arrival in the Premier League in October 2015.

His young full-back has claimed what you see on the television is exactly what you get behind closed doors as Melwood.

“He’s the same person, because I feel as though in those interviews, when you see him on the camera, you can see that he’s a loving person,” he said.

“You can see that he’s someone who cares about the people around him. 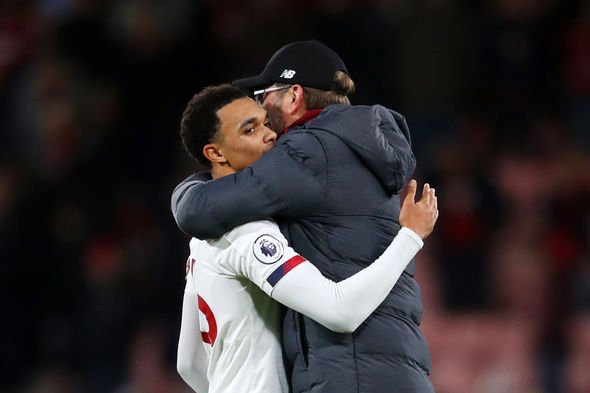 “He treats everyone as equals. He treats the captain the same as he would a young player.

“People probably have a conception of him as maybe being very emotional, heart on the sleeve.

“Which he is to an extent, but he knows how to control it in ways that are beneficial to everyone around him.