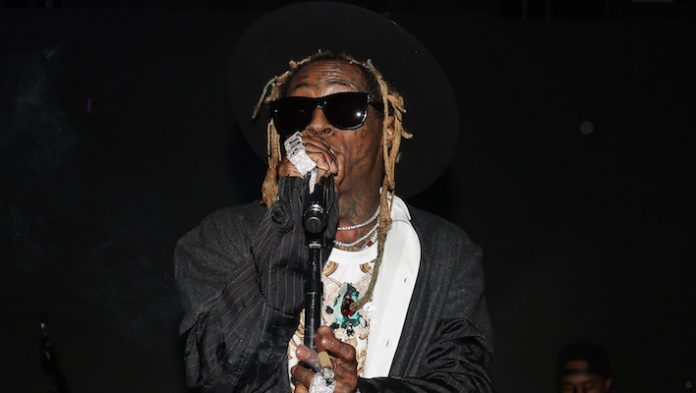 Recently, Lil Wayne revealed that his tendency to remain in a bubble when it comes to new rappers has led to no end of grief, from confusing 21 Savage for a group to being unable to identify the rosters of TDE and Quality Control Music. However, despite his ability to attribute some of his disagreements with his colleagues to his lack of awareness, he remains in the dark about why one of his most notable rap feuds got started. While on NORE’s Drink Champs podcast, Wayne was asked why he and Pusha T have been squabbling for the last 10 years. His response: “I don’t know either.”

“I swear to God I don’t, man,” he says. “I just found out … it was one of those things … you ever see when an athletes gets traded and he don’t know it and he gets traded during a press conference?” This inspires a round of laughter from the host and his team, especially when Wayne pantomimes the entire scenario he just suggested. He says someone else told him about “Exodus 23:1,” the initial Pusha T track that signaled the beginning of the word war: “He was like, ‘What you gonna do? You gonna come back at Pusha?’” he recalls. “I’m like, ‘What you mean? I’d love to do a song with him.’ He like, ‘Nah he dissing you now.’”

From there, things escalated as they do, with Wayne tweeting “Fuk pusha t and anybody that love em” back in 2012 and a subsequent rally of shots, both subliminal and overt, lobbed between the two over the years, eventually pulling in Lil Wayne protege and now Pusha archrival Drake. Rick Ross attempted to reunite the two on last year’s Port Of Miami sequel to no avail; Pusha just couldn’t seem to help himself from needling Drake one more time, which Ross thinks would have made the collaboration between Pusha and Wayne awkward. Meanwhile, the internet’s best guess on the origin of the beef? It all started over a hoodie.

Watch Wayne discuss his ongoing feud with Pusha T above.