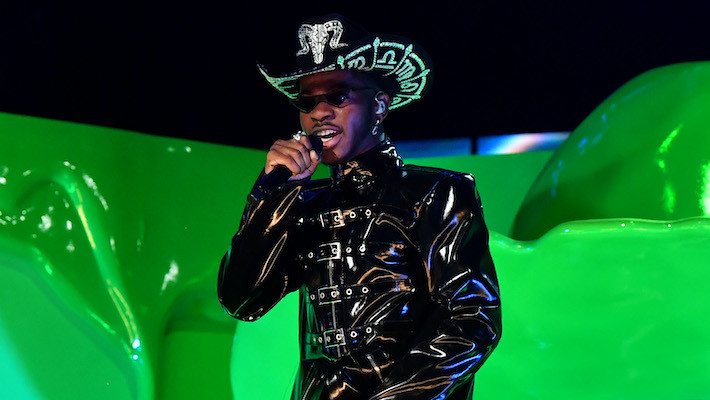 They may not get as much credit as they deserve as rappers, but Lil Nas X and Lizzo sure know how to celebrate like rappers. After their respective Grammys wins — Lil Nas X for Pop Duo Performance and Music Video for “Old Town Road” and Lizzo for Pop Solo Performance on “Truth Hurts,” Traditional R&B Performance on “Jerome,” and Urban Contemporary Album for Cuz I Love You — the duo hit the strip club with pop stars Rosalía and Dua Lipa to party the night away Sunday night. While both kept their experience largely confined to Instagram Stories, it wasn’t long before other videos began to surface, leading to some awkward questions — questions that Nas expertly handled in his usual funny, social media-native way.

“WHY IS HE THROWING THE MONEY LIKE THAT,” wondered one Twitter user, who reposted a video of Lil Nas throwing one-dollar bills at the gyrating dancers. “i was throwing it on beat,” he replied, cool as a cucumber. When another user followed up, asking, “WHY YOU LOOK BORED THO,” Nas delivered the killshot, reminding his fans that while he may enjoy watching strippers twerk, it’s not quite as gratifying as they may assume.

Meanwhile, another video circulating showing the three female artists also tipping their dancers prompted a debate about feminism when a tweet from a fan derided them for “sexualizing women” in Spanish, leading to a hashtag, #dualipaisoverparty, and an outcry from defenders pointing out that the tweet itself was antifeminist for demeaning sex workers and questioning the double standard. Check out Lil Nas’ funny tweets above and the reactions to Lizzo, Dua Lipa, and Rosalía throwing ones below.

Y’all are actually trying to cancel Dua Lipa because she went to a strip club but you swear you’re a feminist. ????