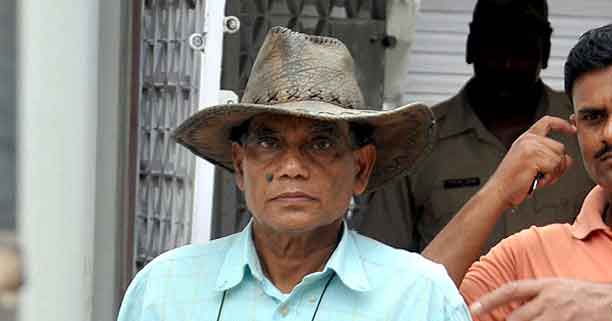 Bhubaneswar: The District Sessions Court here Tuesday pronounced judgment in the sensational murder of a lady who was ghastly killed and later chopped into 300 pieces by her doctor husband in their flat at Nayapalli area in 2013.

The court sentenced the accused, Somanath Parida, to rigorous imprisonment of life and slapped a fine of Rs 50,000 on him. Somanath is a former Army doctor who retired as a lieutenant colonel. After killing her June 3, 2013, Parida kept the body pieces of about six inches each in various containers, polyethene bags with preservatives and concealed them in a trunk of his kitchen.

He lived along with the body pieces in his house for several days until his arrest June 22, 2013. Such brutal murder of a woman by her husband made national headlines seven years back.

The heart-wrenching incident came to the fore when deceased Ushashri Parida’s brother Ranjan Samal informed Nayapalli police about the suspicious behavior of his brother-in-law. Ranjan along with his kin had gone to meet his sister but Somanath did not let them enter the house at IRC village. claiming she was out of town.

However, police, who forcefully entered the stinking room, were shocked to find out the chopped pieces of his wife’s body. Police also seized several sharp weapons and other tools used by the convict to cut the body into pieces.

He was later arrested on charge of killing his wife. The court rejected the plea by Somanatah’s lawyer to release him keeping in view his old age. Mentioning it as a rarest of rare case, court sentenced him to life imprisonment and fined him with Rs 50,000.