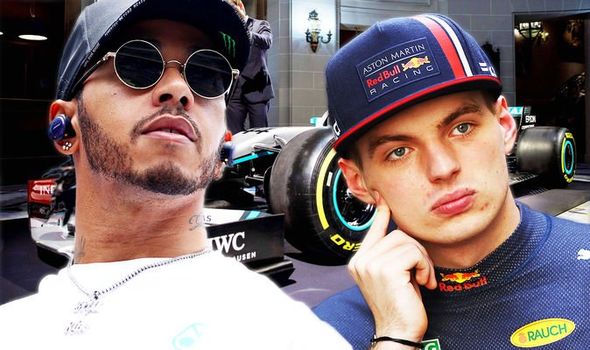 Lewis Hamilton has intensified his rivalry with Max Verstappen by claiming the Dutchman has a major weakness after coming under fire from the Red Bull star. Mercedes launched their new W11 F1 car this morning as they begin their hunt for a seventh consecutive world title double.

Verstappen is hoping to end the Silver Arrows’ dominance this year by beating Hamilton to the Drivers’ Championship.

The pair were engaged in a brutal war of words in 2019 but they drew a truce following a private meeting in November.

However, Verstappen could not hold his tongue for too long as he played down Hamilton’s achievements ahead of the 2020 campaign.

“It’s very car dependent, of course in F1” said Verstappen during a Red Bull media event in London. “At least when you can put the pressure on them, of course, it’s a lot harder for the guy.

“Lewis is very good, he is definitely one of the best, but he is not God. Maybe God is with him but he’s not God.”

Hamilton was asked about Verstappen’s comments during Mercedes’ W11 car launch this morning, which was live streamed on YouTube.

“I find it funny seeing that,” Hamilton replied. “I have always known to just do my talking on the track.

When asked who his closest challenger will be the Brit said: “I imagine this dude [points to Bottas]. This is a difficult battle for us.

“I think it will be the same group again.”

Hamilton will test his new Mercedes car out on the Silverstone track this morning and he is looking forward to climbing back into the saddle.

”I think at this time of the year you don’t really feel any pressure and it’s just about having some fun,” the 35-year-old said. 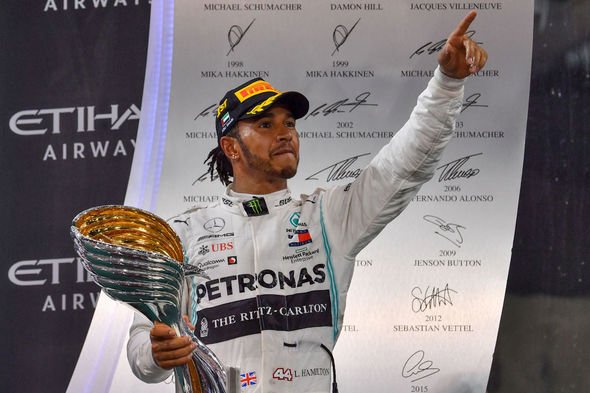 “You are focussed and enjoying the moment. The guys have worked so hard to put the car together and only two of us get to drive it.

“It is pretty incredible. These guys have been working for months and months to build the car we see in the garage and to make sure it is delivered and running smoothly. Me and Valtteri get to spread it’s wings.

“This is my eight year with the team and the buzz is the same every year. They couldn’t be more excited or enthusiastic or driven.

“I would probably say that’s the most impressive thing is that we’ve had the success and it could be quite easy for them to be laid back.

“Everyone is super focussed and there is so much work done in the background. Everyone is fresher, revamped for the challenges ahead.”