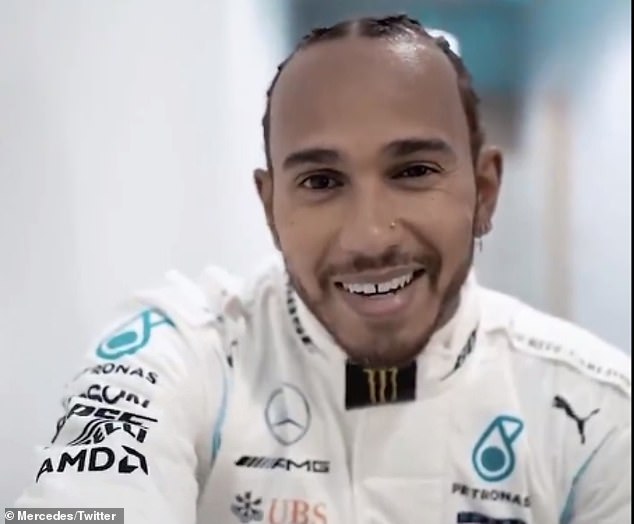 ‘The feeling I have physically and mentally is on another level compared to last year’: Lewis Hamilton fires ominous warning to F1 rivals as he looks to equal Michael Schumacher’s record of seven world titles

Lewis Hamilton fired a warning shot to his rivals, saying he is feeling ‘on another level physically and mentally’ ahead of the Formula One season.

The first race at the Australian Grand Prix is on March 15 and Hamilton shared a video with his fans as Mercedes continue their preparations for another title tilt.

‘It’s been an incredible winter, I’ve had a lot of time with family and friends, I would say one of the best times has been with my dad,’ he said.

‘Secondly, the training has been different this year so the feeling I have physically and mentally is on another level compared to last year so that’s a real positive.

‘I know you guys are all gunning for number seven but I think we’ve got to take it one step at a time, we have no idea where we’re going to stand compared to everybody else so we’ve just got to be more efficient this year in our test programme, particularly as we have less time. We still have a lot of work to do.’

Hamilton cruised to his sixth world championship last year and if he defends his crown, would equal Michael Schumacher’s record of seven. 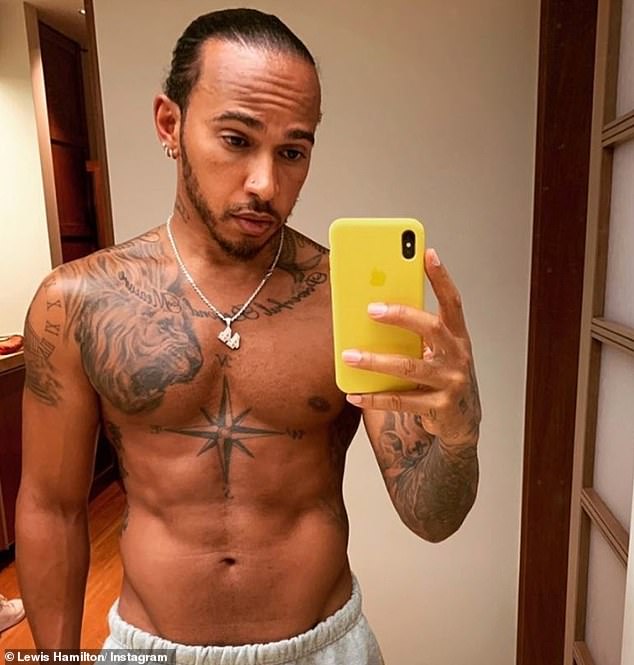 The 35-year-old is fighting fit and is five kilograms lighter than this time last year.

On Twitter last week, he posted a topless photo of himself with the caption: ‘Last year I arrived into testing with a lot of water weight and around 78kg.

‘This year, I’m at a better weight of 73kg. Still have more fat to burn off and more muscle to add but on the way.’

Mercedes are working hard on their car for the season and begin official testing on February 19. 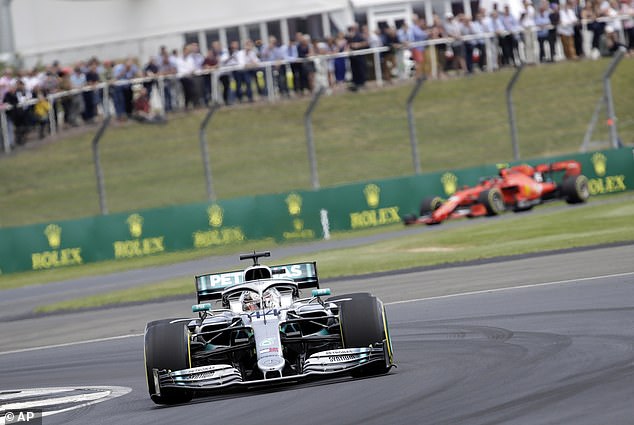 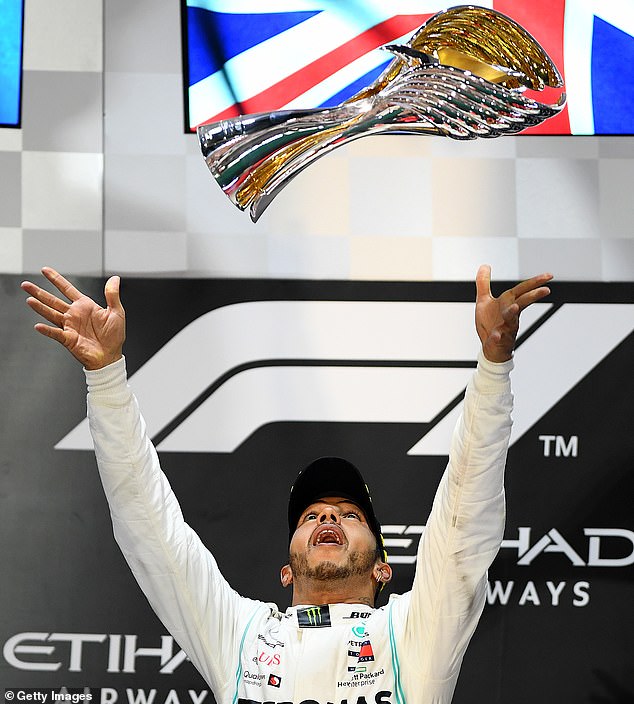 This could end up being Hamilton’s last year with Mercedes and speculation has been rife about his future.

Team Principal Toto Wolff wants to keep him out of Ferrari’s clutches when his deal expires next year.