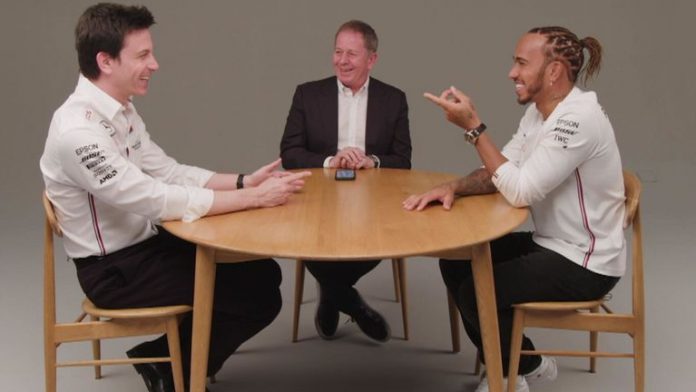 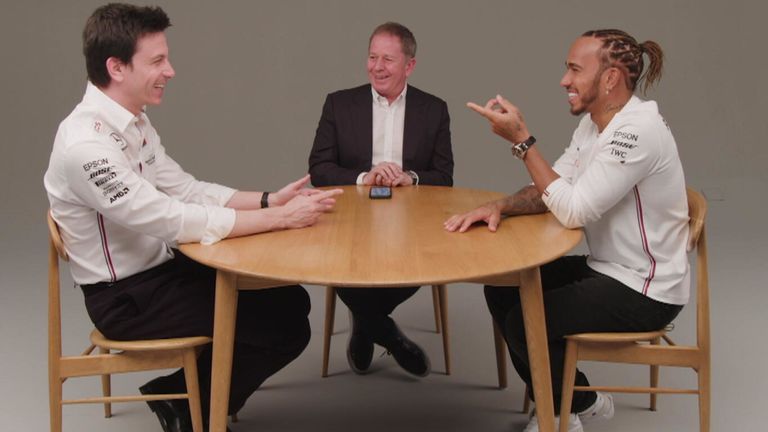 Lewis Hamilton and Toto Wolff have revealed a fascinating insight into how they will approach contract negotiations in a candid and relaxed discussion with Sky Sports F1.

The chat features in a wider in-depth conversation chaired by Martin Brundle which will air in full during Sky F1’s coverage of the 2020 season and delves into the winning partnership between the six-time drivers’ champion and his six-time double-title winning team boss.

And for the third time since they both joined Mercedes in 2013 they are preparing to enter into contract negotiations, with Hamilton in the final year of his current deal.

“We haven’t sat down and talked yet. It’s crazy because there’s all these talks in the media and everything,” explained Hamilton.

“I have a certain approach normally in the sense that I don’t stress. I trust Toto and we have that trust between us.

“We have told each other basically what our goals are, and what our aims are, and our commitments and so I don’t ever feel there’s necessarily always a rush. 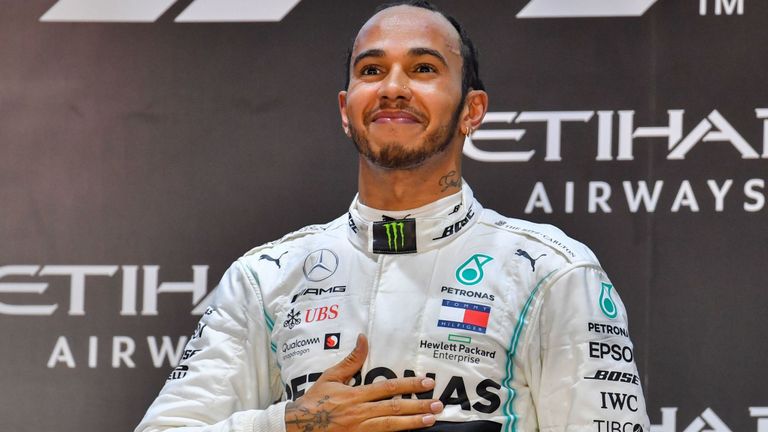 “But sometimes Toto’s like ‘is everything ok?’ So we always keep the channel open and I’m sure in the near future we’ll start to sit down. But I don’t feel stressed.”

Wolff responded: “I texted Lewis the other day and [said] I’m reading all these comments in the press about our negotiations and that Lewis is asking for so much money – we have never talked about it! It’s all made up.

“Then I said maybe we should sit down one day and have the chat. But I think I know so well where he’s going to go, you know where I am, it’s about finding a day where we spend a few hours together. That’s what we’ve done in the past.”

In the free-to-view preview video above, the pair reminisce about their “10-hour” negotiations in Hamilton’s Monaco apartment as they thrashed out his present two-year deal in 2018 – and how they have already been bantering about the terms of a new agreement. 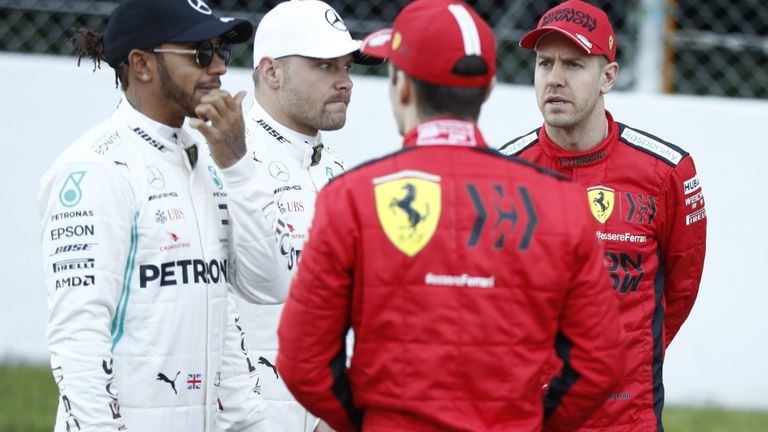 So is Hamilton definitely going to stay?

Asked by Brundle if he fancied trying to win with Ferrari, Hamilton replied: “I think that’s like a short-term kind of thing.

“If you look at all drivers who have driven for Ferrari, obviously it’s an incredible team and obviously the car’s always beautiful red. I have got red on my helmet. Red is the colour of passion or love or whatever you want say.