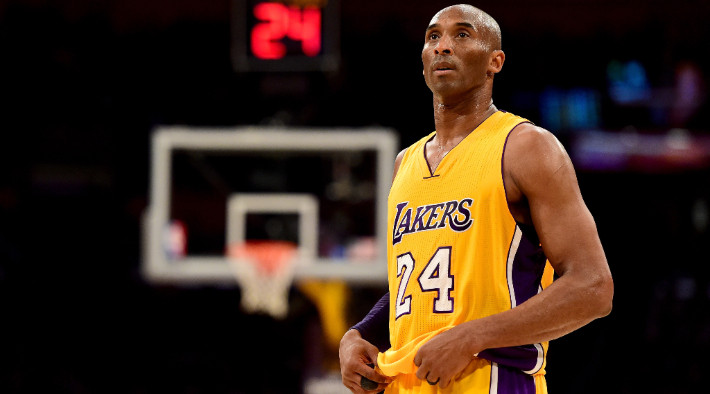 Everyone knew something special was going to happen on April 13, 2017. Funny enough, that was the case outside of the fact that the Golden State Warriors, a team that spent all regular season hell-bent on making history, were on the verge of winning their 73rd game, giving them the best regular season mark ever.

This was because five hours south of Oracle Arena, the eyes of the basketball world were on the Staples Center, where the 16-65 Los Angeles Lakers were taking on the 40-41 Utah Jazz. The game had been circled for months, because it was the last time any of us were going to see Kobe Bryant play basketball ever again.

You know what happened next: Kobe, who had previously announced that he was going to retire at the conclusion of the 2016-17 season, put forth the single-most Kobe performance that we’ve ever seen. Kobe scored 60 points on 22-for-50 shooting, his teammates would go out of their ways to get him the ball and give him room to work. And when the Lakers were down by eight with 3:05 left in the game, Kobe took over, scoring 13 of the 15 points L.A. scored on a 15-2 run to close out the game and come out on top, 101-96. The final two points were scored by Jordan Clarkson off of an assist by Kobe, because the funniest possible outcome was for an assist to Jordan Clarkson to be the final thing to occur in Kobe’s high-scoring NBA career.

It was surreal, it was hilarious, it was dramatic, it was essentially the logical extreme of what one imagined Kobe’s last game could have been — he had a reputation for being a chucker, but on that night, him having anything other than the greenest light that any basketball player has ever had would have been completely ridiculous. Everything around the game, the festivities that occurred whenever a ball wasn’t being bounced, were quintessentially L.A., but when the game itself was happening, Kobe was as spellbinding as he had been at any point in his basketball playing career.

Kobe Bryant died at age 41 on Sunday morning, as he was one of several people (including his 13-year-old daughter, Gianna) who passed away in a helicopter crash in California. A lot of people are going to write a lot of words about the man, the athlete, all of that, and all of those words will be more eloquent and personal than these. But in the aftermath of the news, this game was one of the first things we thought about and wanted to relive, and we thought you might wanna join us in doing that, too. It’s absolutely gutting that we’re saying this in 2020, but there will never be another Kobe Bryant.