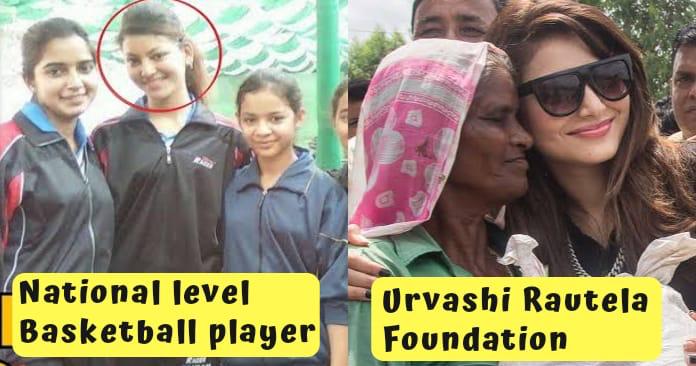 Recently, Urvashi Rautela has been in news headlines for her unconventional dressing sense and awkward fashion humor. The Bollywood actress has achieved a lot and she is just 26 years old.

She has set an example for all the girls who want to achieve something in her life, especially in the entertainment industry.

Urvashi Rautela again gave some major fashion goals as she appeared in the flowy red gown during the events of Filmfare Awards.

She was last seen opposite Arshad Warsi in the movie ‘Pagalpanti’ which was multi starrer. The actress was rumored to be dating with cricketer Rishabh Pant which she denied.

This news is available online, however, there are some lesser-known
facts about the actress that we have gathered to give you a good read about
Urvashi Rautela.

Urvashi Rautela made her sensational Bollywood debut in 2013. Before that, she took part in many beauty contests and many of them she won.

For the record, she won Miss Universe India crown twice in her career. She is the first woman who won two Miss Universe titles in 2012 and 2015 respectively.

Urvashi was also awarded as the youngest most beautiful
woman in the universe by the Tourism and Government of Andaman & Nicobar
Islands. The incident has happened in the year 2018.

Urvashi Rautela is also followed by many girls and boys for her fitness. There’ no doubt that Urvashi is a fitness enthusiast.

Little you have any idea that the beautiful actress is also a national level basketball player. For the record, Urvashi has represented the state Uttrakhand on various basketball tournaments.

3. Urvashi Rautela’s made her Bollywood debut with Singh Saab the Great

Many fans have misinformation that Great Grand Masti was the debut film of the actress Urvashi Rautela. Well, Urvashi made her Bollywood debut opposite Sunny Deol in Singh Saab the Great.

Singh Saab the Great tanked at the box office and nobody remembers the movie.

4. Urvashi is from Uttarakhand

The gorgeous actress is from the beautiful region of Uttrakhand. Urvashi was born in Uttrakhand and is a Piscean by her zodiac sign.

Urvashi born on February 25, 1994, and did her basic schooling from the DAV School Kotdwar which is situated in Uttrakhand.

We all have seen that Urvashi Rautela is a good dancer in most of her music videos. Well, these dance moves are choreographed but Urvashi is also a trained dancer.

She knows many dance forms like Hip-Hop, Belly dance, bharathanatyam, Jazz, and Kathak. Urvashi is a versatile dancer.

6. Urvashi Rautela is not from a film background

Her mother, Meera is a Kumaoni by the culture in Uttrakhand, and she is a successful entrepreneur. Meera owns a luxe beauty salon.

7. Urvashi featured in a music video of Yo Yo Honey Singh

YoYo Honey Singh is a youth sensation among fans. He has a huge
fan following and he released his album with all new catchy songs. In one of
these songs, Urvashi Rautela featured. The song went viral on the internet.

Urvashi Rautela has a huge fan following on Instagram. For
the record, she has a massive following of 24.7 million fans. This is probably
because of her global recognition as a beauty titleholder.

Little you have the idea that Urvashi has founded an NGO to support the underprivileged in health, education, and many other basic amenities.

The foundation in on her name ‘Urvashi Rautela Foundation’. She also showed support for the “Save the cow” campaign.

11. Urvashi Rautela is a trained actor with a degree

Many actors in Bollywood got the chance because of their
charming camera presence. Well, Urvashi Rautela had her acting training from
the prestigious ‘New York Academy’s School of Film and Acting Talents’.

12. Urvashi had other plans for her life

In an interview, Urvashi said that she was planning to do
Engineering but later dropped the idea and didn’t appear for the IIT entrance
exams.

Urvashi is the only Indian female celebrity who worked with the WhateverItTakes.org. The organization has many Hollywood stars like Charlize Theron, George Clooney, Nicole Kidman, and many others who work to raise funds for charitable projects in the developing world.