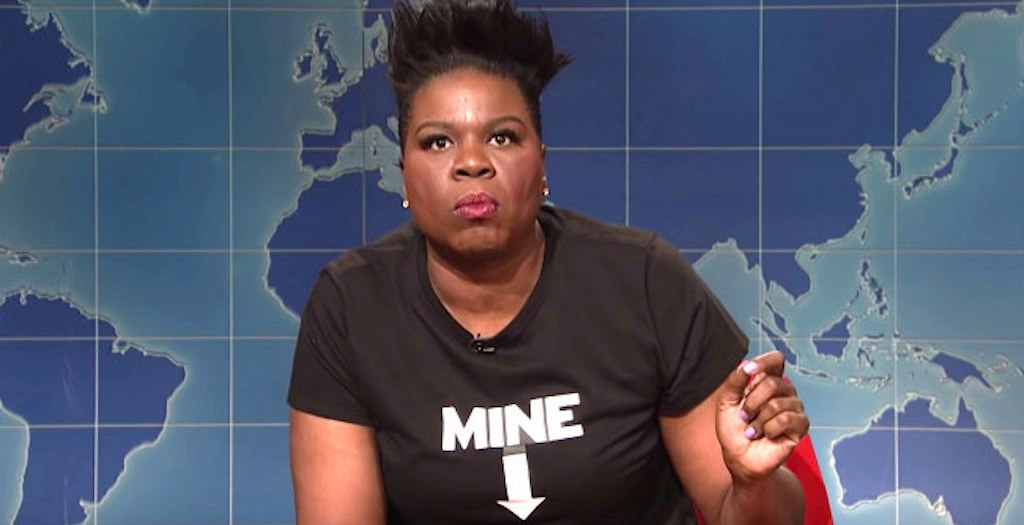 Leslie Jones has told the story before about how Chris Rock got her her audition at SNL, where she was a regular from 2014 to last year. But she’s never told it to one of the great interviewers in the business: Howard Stern. The comedian went on Stern’s beloved Sirius show for one of those epic, candid, incredibly detailed and considerably less filthy chats for which he’s become legendary, and this time he got her to re-tell the story, surely with new details.

As the story goes, Rock caught Jones doing her act one night, which led to them becoming friends. During a dinner with SNL honcho Lorne Michaels, he recommended that he audition Jones, but not as a performer but as a writer. When Rock told Jones, she actually wasn’t happy.

“I was like, ‘Why the f*ck would you do that?’” she remembered telling him, pointing out that she was emphatically not a sketch writer. But he pushed back. “He said, ‘Shut the f*ck up and go out there, I ain’t gonna hear this sh*t.” Then he hung up on her.

Jones did it, but she had all intentions of turning Michaels down. “I literally went to tell them how dope I was. I was going to tell them no,” she recalled. “I really came out so people can see me, and maybe that was going to give me some opportunities. But had all plans of saying no.”

Obviously that didn’t happen, but she didn’t become a writer. She treated the audition as though she was gunning for a performer slot. After seeing the women ahead of her come out of their auditions “shell-shocked,” she decided to up her game. She amped herself up: “I thought to myself, ‘This is the Comedy Store, 2 o’clock at night. I’m about to rip this motherf*cker.”

Upon taking the stage, she noticed everyone was sitting way in the back. She wasn’t having that. “I was like, ‘Nah-uh, that’s not how it goes. Let’s go, move to the front! I need that f*cuking energy!”

And that’s how Jones got the job she wanted and not the one she didn’t. She added she was “glad they got me at the age I’m at, too.” Here’s hoping she’s enjoying her life post-Lorne.