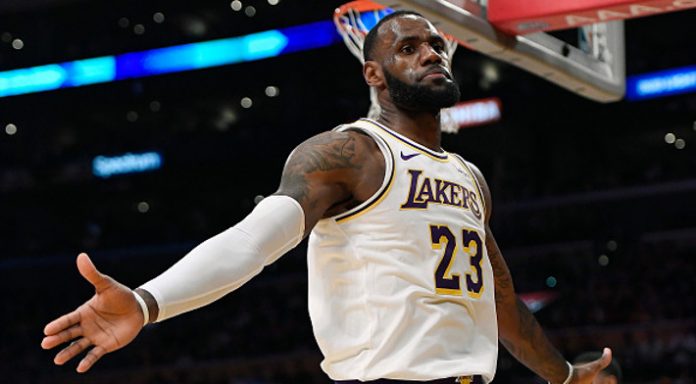 It’s been nearly two weeks since Kobe Bryant’s untimely passing, and while the NBA world is still in mourning the tributes to the Lakers legend keep pouring in. All-Star Weekend in Chicago will most certainly double as a celebration of his life and legacy, and Vanessa Bryant has confirmed that there will be a public memorial at Staples Center on February 24.

The past two weeks have featured all sorts of on and off-court gestures from players around the league who have paid homage to the NBA icon who inspired a generation of stars. But Thursday night’s Lakers-Rockets game may have given us one of the most impressive ones yet.

After Avery Bradley came up with a steal, he found a streaking LeBron, who proceeded to throw down a gorgeous two-hand reverse jam. And it didn’t take long for diehard fans to notice an eerie similarity to a jam Kobe threw down early in his career.

If we didn’t know better, it almost seems as if LeBron meant to do that, as a live-action tribute to his longtime friend. And then, just to erase any lingering doubt, it didn’t take LeBron long to confirm his intention.

Now that we think about it, this would be an incredible way to honor Kobe throughout the rest of the season, with someone each game taking up the mantle to replicate his best dunk inside each arena. Sure, this might be next to impossible (especially the one against poor Vincent Yarbrough), but anything worth doing won’t be easy.