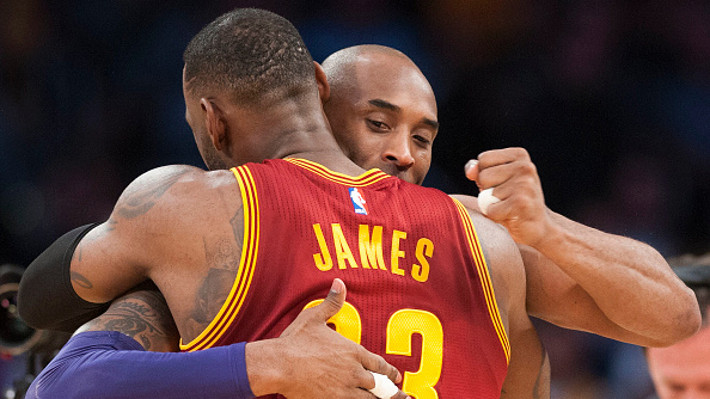 Kobe Bryant‘s tragic death on Sunday sent shock waves across the NBA. Upon learning the news from TMZ that he and nine other passengers — including his 13-year-old daughter Gianna — died in a helicopter crash near Los Angeles, there was widespread disbelief, as many held out hope that the whole thing might be a hoax. Sadly, those hopes evaporated once multiple news outlets confirmed the story.

Kobe was admired, emulated, and beloved among his peers and contemporaries, and in the immediate aftermath, stars past and present took to social media with outpourings of grief and remembrance for the loss of an icon whose impact on the sport has been immeasurable.

Kobe formed countless bonds with both teammates and opponents over the years, including LeBron James, who is often pitted against the Lakers legend in terms of their respective places in the pantheon of all-time greats and whose mutual respect has helped forge a unique friendship between a pair of fierce on-court rivals who are equally transcendent in terms of their influence off the court.

LeBron was visibly distraught as he left the Lakers team plane on Sunday afternoon, and on Monday evening, he posted a heartfelt tribute to his friend.

On Saturday night, LeBron reached yet another milestone in his career, passing Kobe for third on the all-time scoring list, and after the game, he reflected on how Kobe’s legacy has affected him as a player and as a person, recalling the time Kobe gave him a pair of his signature shoes before a high school game against Oak Hill Academy.

Then, in what would ultimately be his final Instagram post, Kobe made it a point to congratulate LeBron on his achievement.

Kobe was a five-time champion, two-time Finals MVP, a regular season MVP, an 18-time All-Star, a nine-time All-Defensive First Team selection, a two-time scoring champ, and a Slam Dunk Contest champ, to go along with countless other honors and awards. He was 41.