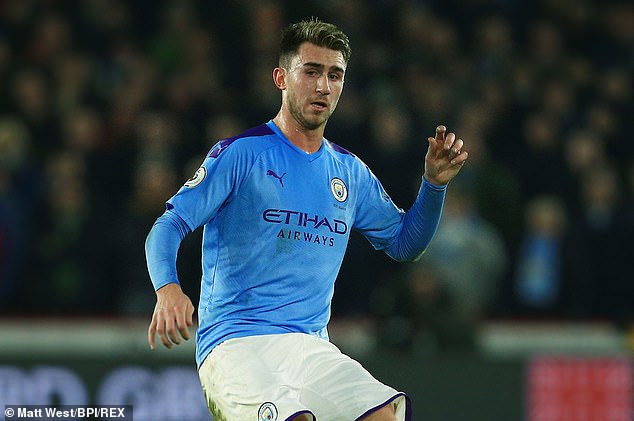 Manchester City face the daunting prospect of three games a week for the next two months after Sunday’s postponement against West Ham.

The fixture fell victim to ‘extreme weather conditions’ caused by Storm Ciara and leaves both clubs with scheduling headaches.

City must find suitable dates for two Premier League matches, with an alternative week for the home clash against Arsenal still to be determined, given their participation in the Carabao Cup final.

Pep Guardiola’s side will also have to reorganise a trip to Chelsea on March 21 if they beat Sheffield Wednesday in the FA Cup fifth round early next month.

City will not have played a match for three weeks by the time they face Leicester City on February 22, only four days before the first leg against Real in Spain.

The lack of match action raises questions as to whether star defender Aymeric Laporte will be fully fit for Madrid. Laporte has only played 78 minutes of football since August and was expected to feature against West Ham in a bid to build his rhythm. 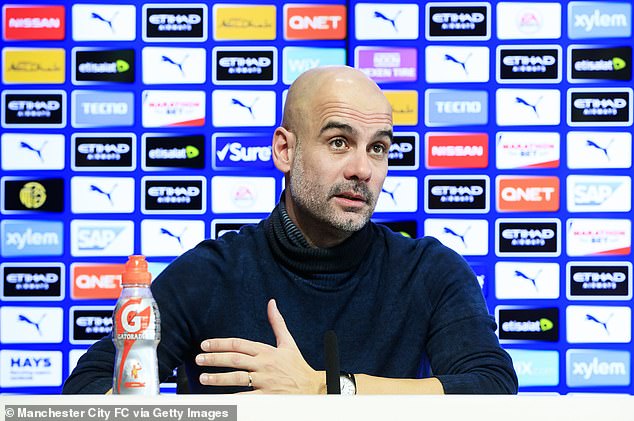 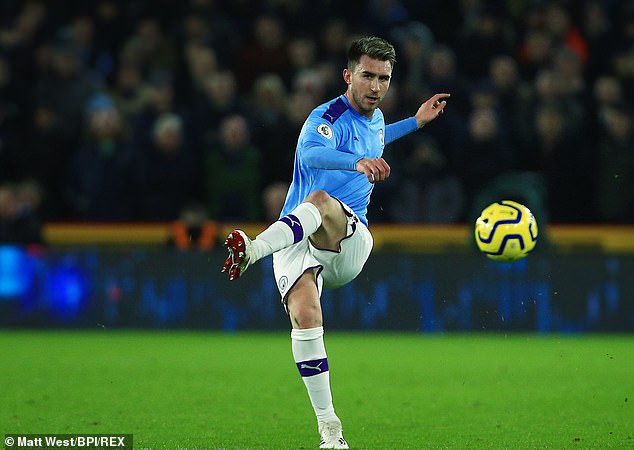 The likelihood of the rearranged fixture taking place this week appears remote, given the Premier League explicitly wrote to clubs at the beginning of the season to remind them not to play games during the break and focus on the recuperation of players.

Guardiola’s players now go on their winter breaks and are not expected back at the City Football Academy until Saturday after negotiating an additional 24 hours off with their manager.

The decision to postpone Sunday’s match was taken after a morning meeting with safety chiefs. Nearby motorways were flooded, with the Manchester metro system affected by fallen trees, leaving several routes cancelled.

West Ham fans faced potential five-hour train journeys and possible chaos later in the day. Many had already set off on the journey north when news of the postponement broke.