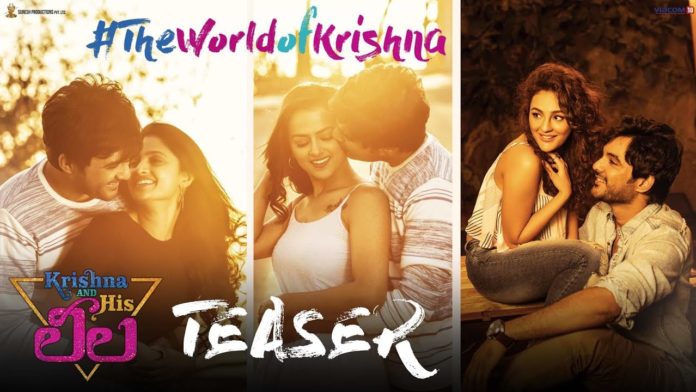 Krishna and his Leela is the latest movie to join the direct OTT release. This movie was directed by Ravikanth Perepu and stars Sidhu Jonnalagadda, Shraddha Srinath, Seerat Kapoor and Shalini Vadnikatti. This movie was expected to release in theatres in Summer 2020 but due to Coronavirus lockdown this movie is made its digital debut.

Now the exact OTT release date of Krishna and his Leela is revealed, the astonishing factor is this movie is releasing on two digital platforms Netflix and Aha Video. The Netflix release date for Krishna and his Leela is on 25th June while on Aha Video platform on 4th July 2020. This would be the first time a film is releasing on two different platforms within a short period of time.

Ravikanth Perepu made his debut with Kshanam (2016), in collaboration with Adivi Sesh as actor-writer. Now four years later he’s teamed up with the actor-writer Sidhu Jonnalagadda for Krishna and his Leela. The film is produced by Suresh Productions, Viacom 18 and Sanjay Reddy.

There were three South Indian movies that had a direct OTT release in the recent past and they were all flops. Let’s hope Krishna and his Leela would change the fortunes for digital platforms. But one thing is certain, the producers are eager to bring their product to OTT platforms, even if they are half baked like Penguin movie.