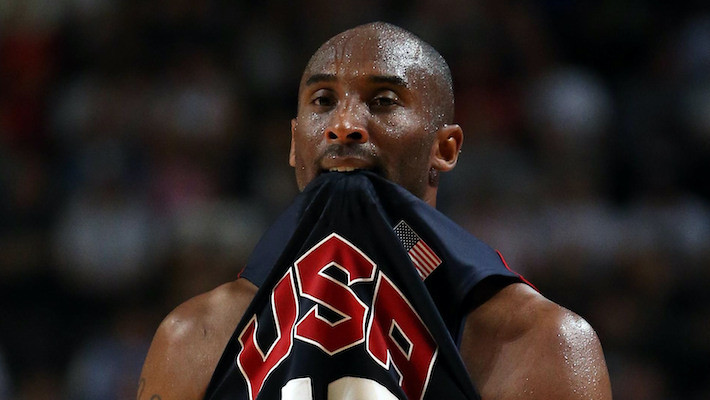 It may be a cliche but it’s a cliche for a reason; basketball and rap music are inextricably linked, as both the sport and the art form rose to prominence around the same time, in the same neighborhoods where a rap battle could break out just as easily as a game of 21 — and even the “uniforms” are the same. With the death of NBA superstar Kobe Bryant, that connection has been highlighted by the outpouring of grief, condolences, and expressions of gratitude from hip-hop’s hoop heads toward the late basketball legend.

Naturally, many of the responses reference Kobe’s effect on pop culture, from many rappers’ early days spent playing basketball for their school teams or backstage on tour, gleefully shouting out “Kobe!” as they shot trash can jumpers or referenced him in their rhymes. Others pointed out how quickly and easily life can end, which is a theme many rappers display an intimate familiarity with in their music.

Many simply couldn’t think of anything to say, struck speechless by the suddenness of Kobe’s death and its impact, managing only simple expressions of disbelief. Then there’s NBA player and rapper Damian Lillard, whose path to dual-discipline stardom was paved by Kobe’s early attempts at a rap career — which were far better than anyone ever gave him credit for.

Check out more reactions from the hip-hop world below.

I had Kobe Bryant picture on my wall as a kid….I ain’t come up On Michael Jordan I wanted To b Like Kobe????Rip to one of the greats????

man, we really grew up yelling “KOBE!” when we put up jump shots. Superhero! Such a tragic loss. RIP