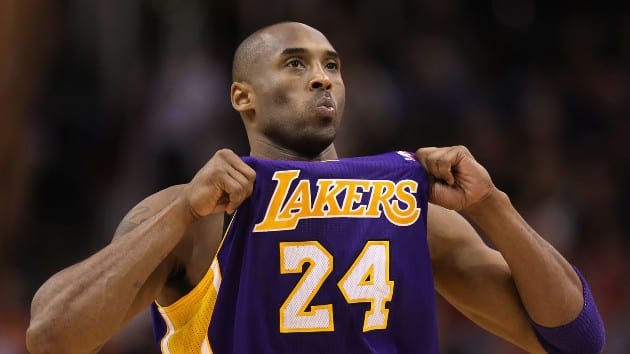 Kobe Bryant’s recent passing Sunday in a helicopter accident along with his daughter, Gianna Bryant, and seven others is keeping Los Angeles in limbo, and his supporters weeping purple and gold.

But it’s his Latin fans, who first embraced him in Los Angeles, that feel Bryant’s death as a big loss to the Hispanic community. Despite not being Latino himself.

“Latino fans are very important to me”: Part of 81 Reason why the Spanish World Admires You, Kobe

Kobe dropped 60 points in his final NBA game against the Utah Jazz on April 13, 2016 and took the time to address how important his Latino fans are to him.

“My Latino fans are very important to me because they were the first ones who embraced me when I first got here,” Bryant said in Spanish interview in his post final NBA game. “So I told them, ‘Give me two or three years so that I can learn a little bit of Spanish.’”

Bryant said his Spanish was “not that good” but regularly gave Spanish interviews. Connecting him with his Spanish fans over the 20 years as a Los Angeles Lakers uniform.

So when he gave his retirement conference in Spanish, it solidified the bond between Bryant and the Latino community.

“He gave his retirement conference in Spanish. He had a special closeness with the Latino community of Los Angeles, especially he had a closeness with Mexico because his wife and daughters were Mexican.”

His fluency in Italian gave him the foundation to understand Spanish grammar and pronunciation easier because of the similar Latin structure between both languages.

But Bryant’s love for Hispanic culture transcended beyond the court and frequently visited Mexican Restaurant El Camino Real in Fullerton. His favorite meal was carnitas and flan.

“He began coming because Vanessa brought him to us. She once told us that she grew up in Fullerton, and what she and her mom have been coming here since she was 12,” Marissa Castañeda, daughter of the restaurant owners, told OC Weekly in 2016.

And although he was a superstar, he told employee, Rodolfo Garcia, to treat him like a regular customer.

“One day he came and told me, ‘Don’t treat me like a star. I want to be another customer to you,’” Garcia said.

One customer told NBC Los Angeles dinners would see him eat and knew who he was but let him enjoy his meal.

But LA Times reporter Gustavo Arellano wrote in an article that Kobe would sneak through the back and hang out with the workers to avoid attention.

“Sometimes, the couple and their daughters dined in; when Kobe didn’t want to draw attention, he’d sneak in through the back to hang out with workers and greet everyone in Spanish. And if he couldn’t come in person, Bryant called in big orders that friends picked up to take back to his Newport Coast mansion,” wrote Arellano.

Just next to Staple Center, L.A. Live is filled with fans since Sunday’s accident, but it’s the Mariachi’s who performed “Amor Eterno” or ‘Eternal Love,” which is about someone mourning the loss of a loved one, that’s showing the impact Kobe’s passing has on the Hispanic community.

“This is how we mourn our people, with mariachi, with live bands,” Ramon Avila told ABC7. “We mourn him, but we also gratify him for everything he did for us.”

“And congrats, you also won six rings…Five in the NBA and a one from a marriage that gave you four daughters…Thinking one of them left with you, I lose control, But Nah, it’s so you don’t play alone in Heaven,” the song says.

And in a touching Instagram post, Bad Bunny wrote, “I would never have imagined that this would hurt me so much! I still remember the first time I saw a basketball game, at age 7 with my dad, and it was a game of this genius. From that day on he became my favorite player forever!! I have never mentioned it because it does not necessarily have to do with music, but this man has been an inspiration in many ways for me to be what I am today…”

Kobe and Gianna are survived by his wife and mother Vanessa, and their three daughters/sisters — Natalia, Bianca, and their newborn Capri.