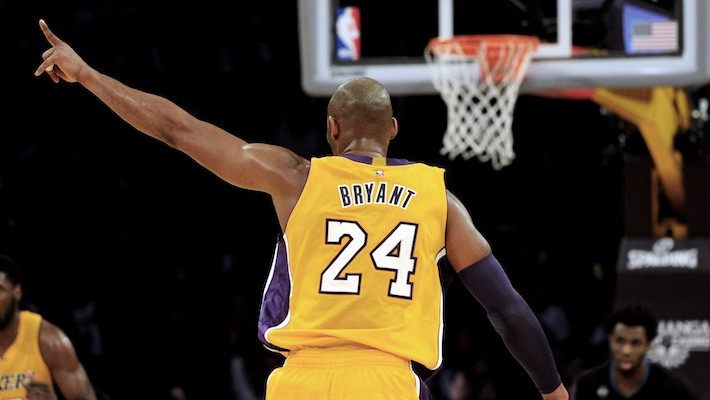 The sudden and tragic death of Kobe Bryant is a huge blow to the sports world and entertainment in general, as Bryant’s varied interests and skill sets inside and outside of basketball made him a multidisciplinary icon. His passing is a loss that is felt especially strongly by residents of Los Angeles and the state of California, as he has become an indelible part of the area’s identity over the past couple decades.

Bryant has already received a number of tributes, and today (January 27), he will be getting another, courtesy of the Southern California Broadcasters Association (SCBA): Starting at noon PST, radio stations in southern California will observe a simultaneous moment of silence in honor of Bryant. The silence will last for one minute and eight seconds, in honor of the No. 8 jersey Bryant wore for the first half of his Lakers career.

The SCBA notes on its website that “all stations in all markets are requested to participate,” and that the silence will “honor the death of NBA legend and Southern California hero, Kobe Bryant.” The moment of silence will be preceded by the message, “Right now, all LA radio stations are now broadcasting 1:08 minute silence for LA Sports Legend, Kobe Bryant.”

Read our look at how Bryant was honored during last night’s Grammy Awards here.