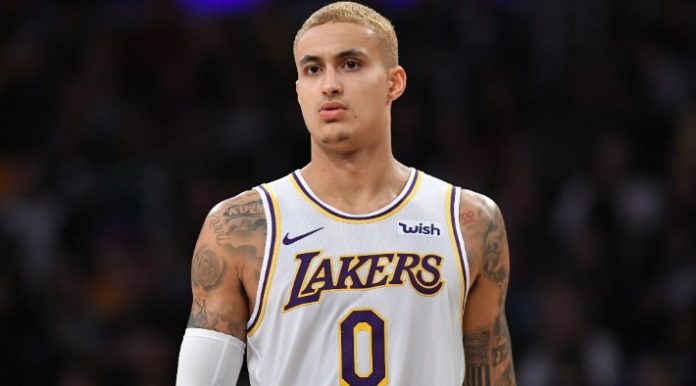 The Los Angeles Lakers gave up most of their trade capital over the summer when they packaged picks and young players to acquire Anthony Davis from the New Orleans Pelicans. The consensus is that the remaining young player they could dangle in trade talks is Kyle Kuzma, and according to a report by Shams Charania of The Athletic, Kuzma might be piquing the interest of an Eastern Conference squad.

Charania brings word that the Lakers and the New York Knicks have had conversations centered around the young forward, who is under contract through the 2020-21 campaign. He did, however, make it a point to note that these have been classified as “exploratory conversations.”

It has been a hectic few hours for the Knicks, which parted ways with team president Steve Mills and put general manager Scott Perry in charge of basketball decisions earlier in the day. As for what Perry’s first major move can be in that role, Charania reports that some contenders have reached out regarding the availability of veteran forward Marcus Morris.

A straight up Kuzma-for-Morris swap does not work, if the Lakers chose to pursue that, although Morris’ shooting, rebounding, and toughness are all certainly things that L.A. can use. The reports make it sound like nothing is imminent, but with less than 48 hours to go until Thursday’s deadline, time is running out for something to happen.