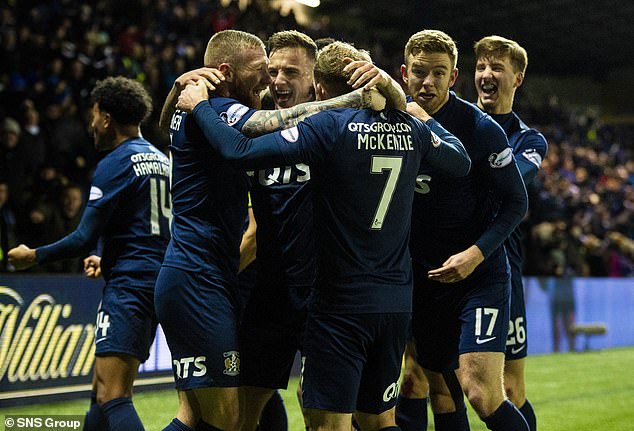 A venue which finished up a title graveyard last season, Rugby Park has lost none of its calamitous, gut wrenching menace for Rangers.

With 14 minutes to play here Steven Gerrard’s team looked to be edging their way to a critical victory. A challenge which faltered after dropped points against Hearts and Aberdeen looked back on track.

Yet when Rangers Travel down the M77 premature assumptions are always unwise. The Ibrox side lost both league games at Rugby Park last season. 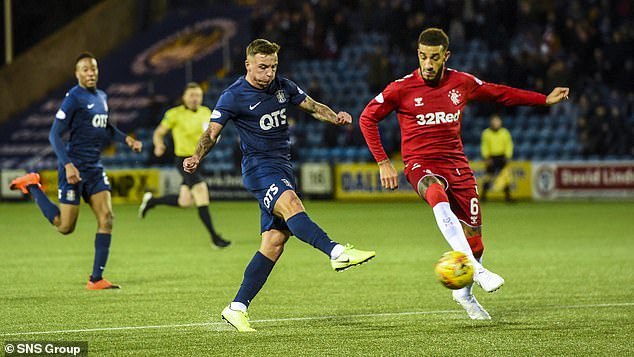 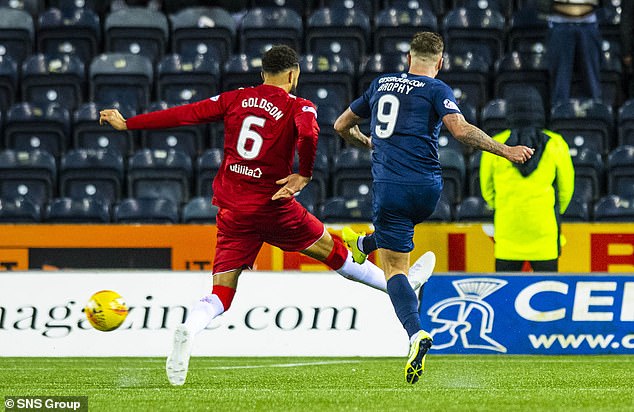 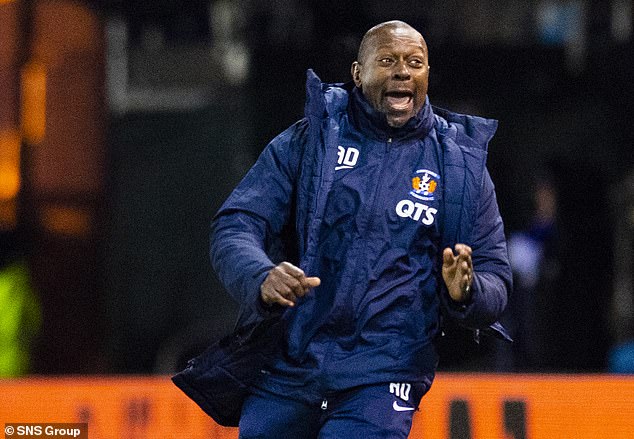 And in a stunning, unexpected end to a night of title drama history repeated itself when a controversial equaliser from Scotland defender Stephen O’Donnell turned the game on its head.

With two minutes to play Eamonn Brophy smashed a stunning winner low into the bottom right hand corner to consign Rangers to eight dropped points in six games since the resumption of play after the winter break.

A title challenge which promised so much after a festive win over Celtic is now hanging by a thread, a ten point margin now beginning to look insurmountable.

Ahead at the interval Scott Arfield didn’t just nudge Rangers into the lead. As in Saturday’s Scottish Cup win at Hamilton the midfielder lashed a swerving strike into the postage stamp corner from 25 yards with vicious intent after 31 minutes for his third goal in two games.

Yet the failure to add a second proved their downfall in the end. As so often in recent games referee John Beaton will come under scrutiny for failing to spot a handball by Rory McKenzie in the run-up t Kilmarnock’s equaliser with 13 minutes to play. 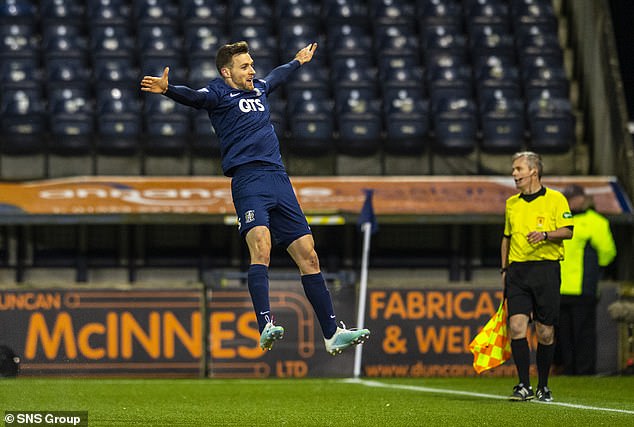 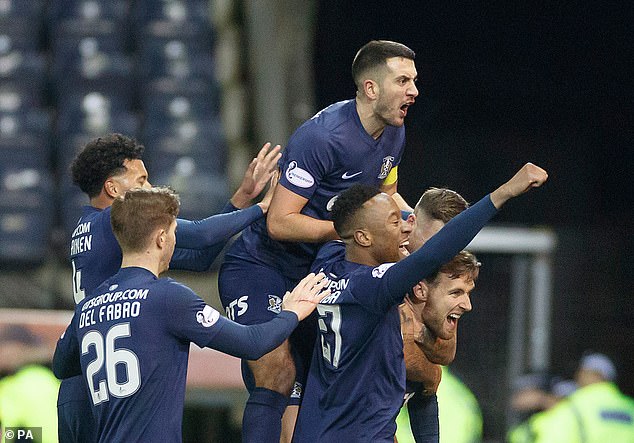 Yet Rangers can have no complaint with the way O’Donnell swept Niko Hamalainens mishit shot low into the net from ten yards.

Introduced by the tannoy announcer as Eamonn ‘the Wolf’ Brophy the Scotland striker lived up his nickname when he smashed Nicke Kabamba’s headed knockdown superbly into the net with minutes to play.

A team strengthened by the return of Ryan Jack Rangers are a lesser side without Borna Barisic. As against Aberdeen at Pittodrie the loss of the Croatian to injury resulted in more dropped points. Rangers were slow to start and ended the game flailing. None of this looks like the form of champions.

Ianis Hagi played on the right of an attacking three and the jury remains out on the Romanian even if his rare spark of invention presented Rangers with their first *real* chance after 23 minutes, a crisp first time ball into the path of Joe Aribo presenting the midfielder with a shaft of light before he poked the ball wide of the far post.

Aribo’s next contribution was less promising. Kilmarnock’s best chance of the opening 45 minutes came from a corner after the Englishman didn’t fancy a 50/50 challenge with Gary Dicker on the edge of his own area.

A quick, sharp low lay-off by Chris Burke presented Alan Power with a terrific shooting chance and caught Rangers cold. The midfielder should have done so much better than an ineffectual right foot shot over the bar from 18 yards.

The wake-up call for Rangers seemed to come on the half-hour mark. The red-shirted visitors won a corner from a flowing attacking counter attack, Stuart Findlay denying Morelos a crack on goal as the visitors claimed for a tug on the striker’s jersey.

They didn’t need the penalty in the end. From the corner Andy Halliday fired a square ball to Arfield outside the area. The finish was both brilliant and quite unstoppable, giving Rangers a precious lead.

The midfielder almost added another cracker with his left foot moments later, smashing another long range drive narrowly wide of the post. 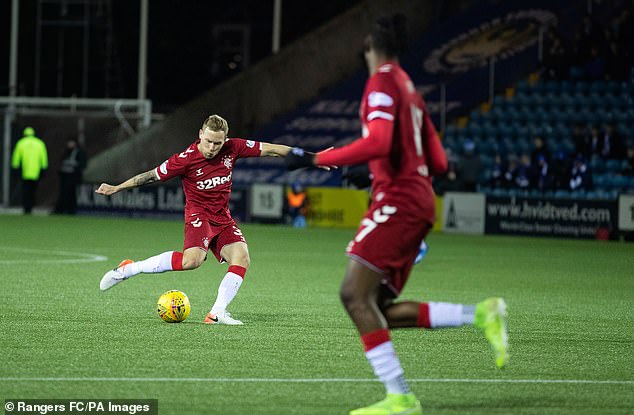 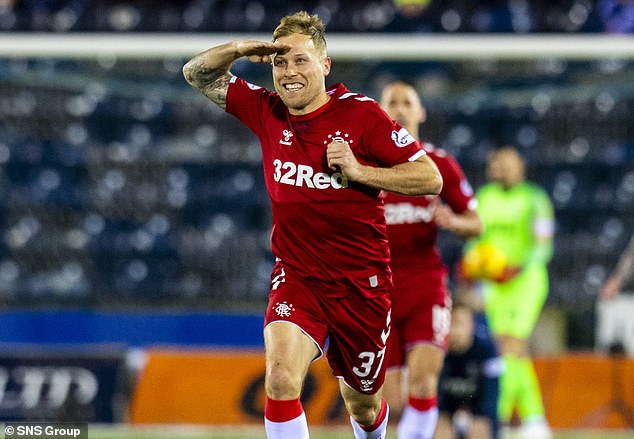 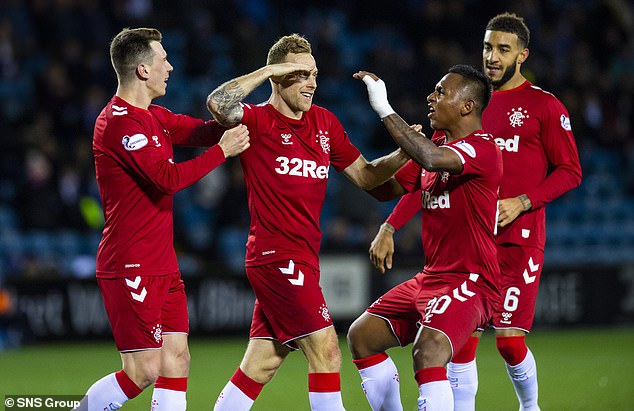 A booking for Alan Power after a flare up with Ryan Kent was as close as Kilmarnock came to offering any resistence. Unbeaten in their last three the revival witnessed under interm manager Dyer looked in danger. No one could guess at half-time how the night was to end.

The game could have got away from Kilmarnock five minutes into the second half. Rangers felt it should have when Chris Burke nudged Ryan Kent on the edge of the area as the winger looked to capitalise on a superb pass in behind the home defence by Morelos.

The decision of referee John Beaton was no free-kick, the ire of the Rangers support behind the goal raised further by another Morelos booking for simulation when the striker tumbled to the ground in the area under pressure from Hamalainen.

Within four minutes the other side the Colombian’s enigmatic nature was on show. Racing onto a long James Tavernier up the pitch, the headlong rush from the goal of Killie keeper Koprivec presented an opportunity to lob the ball high from outside the area towards goal.

To the relief of the home side the ball bounced onto the top of the crossbar and out of play. A few inches lower and Rangers would have had the game won with another goal of stunning execution.

With half an hour to play, Kilmarnock were still in the game. And in veteran former Rangers winger Chris Burke they had the game’s best player. The man who did more than anyone to turn the game on its head. 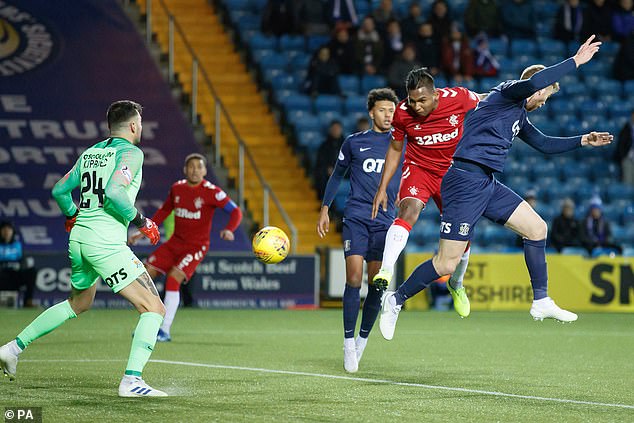 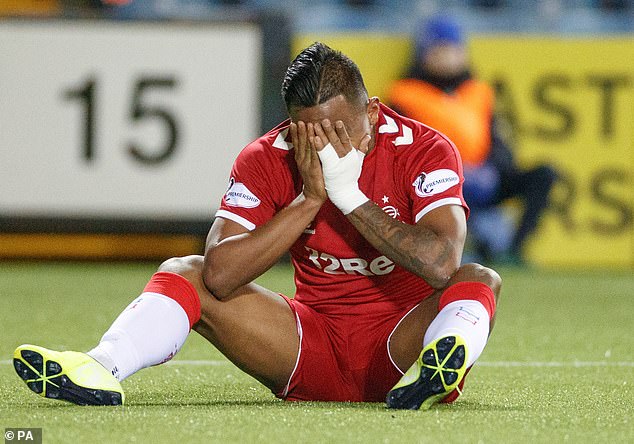 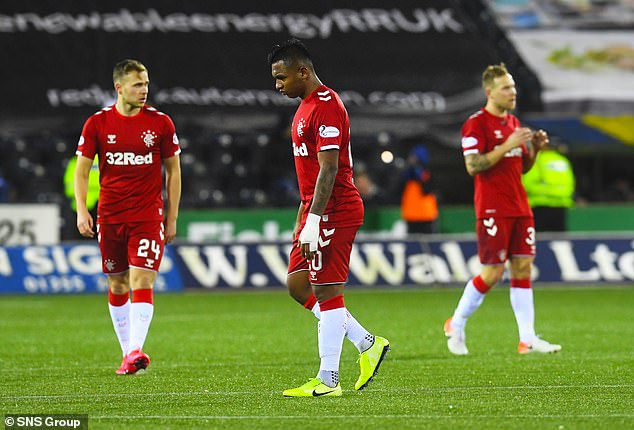 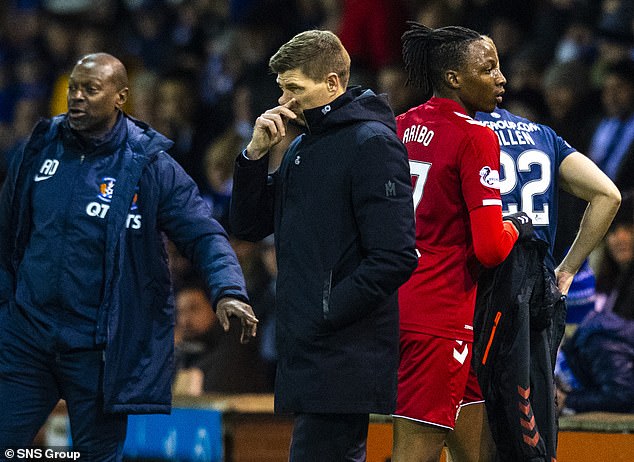 With 13 minutes to play Rangers claimed a handball against McKenzie as Burke swung a cross into the Rangers area. Headed to the edge of the area, Niko Hamalainen’s thumping volley was going well wide until O’Donnell turned it low into the net past a scrambling and helpless Allan McGregor.

Rangers still had chances to win it – both falling for Alfredo Morelos. The striker blew a glorious unmarked chance to head a Tavernier cross into the net from eight yards, failing to hit the target.

The celebrations of the Rangers support were short lived when the Colombian appeared to have nodded the winner with minutes to play, the ‘goal’ chalked off for a push by the striker.

The night ended in acrimony when substitute Ross Millen clashed with Nikola Katic at time-up, keeper Allan McGregor earning a yellow card for his involvement.

Anger and frustration was all Rangers had to cling to at full-time. Another costly three points had slipped from their grasp.