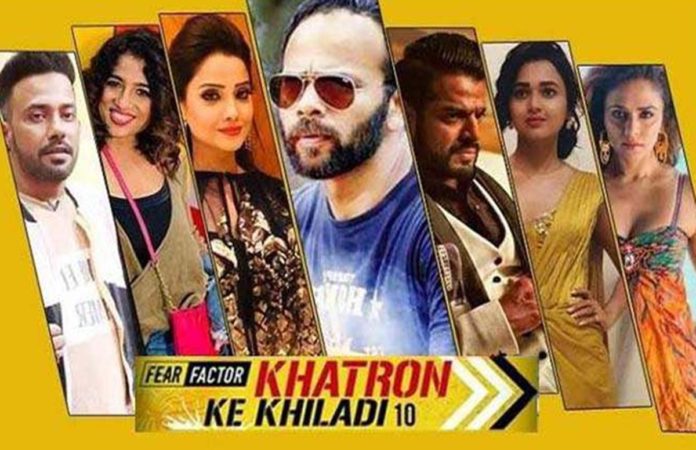 Khatron Ke Khiladi 10 is enlightening the entertainment scene with several shows scheduled to return to the television screens from the 13th of July 2020. Interestingly, Khatron Ke Khiladi 10 special edition will feature new contestants and the season 10 is extended with new episodes.

The KKK10 4th of July episode ended with a good news for Karan Patel. Rohit Shetty kicks of partner’s week and announces Karan’s entry into the elimination stunt. There is a brief moment of fun with Shivin while things get awry with the next task involving fire. Rohit sends out a disclaimer about the difficulty of the task and Balraj Syal, Tejasswi Prakash, and Karishma Tanna will be performing the gruesome fire stunt.

Things do not go well for Karishma in the fire stunt as Karishma and Dharmesh the stronger duo take the longest to complete it. Balraj and Shivin end up on top after a well deserved victory.

Rohit Shetty announces yet another stunt which will see Dharmesh clashing with Shivin. Shivin is already on a roll with his previous victory but this time Dharmesh partners with Karan Patel and emerges on top while Shivin partnered by Balraj. Shivin receives the fear fanda as a consequence of this task’s results.

This means all the contestants including Karan Patel will take part in the ticket to finale task on Sunday.

Who will win the Ticket to finale task ? Let us know in the comments below!