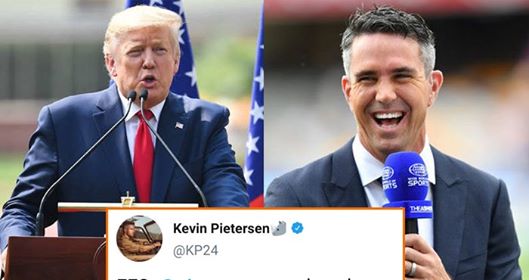 Social media is buzzing about US President Donald Trump’s visit to India. Various social media platforms are flooded with pictures and videos from his visit. Yesterday, after he landed in Ahmedabad, he was welcomed with a warm hug from Prime Minister Narendra Modi and thousands of Indian citizens who were eagerly waiting for him at the biggest cricket stadium in the world, Motera Stadium. 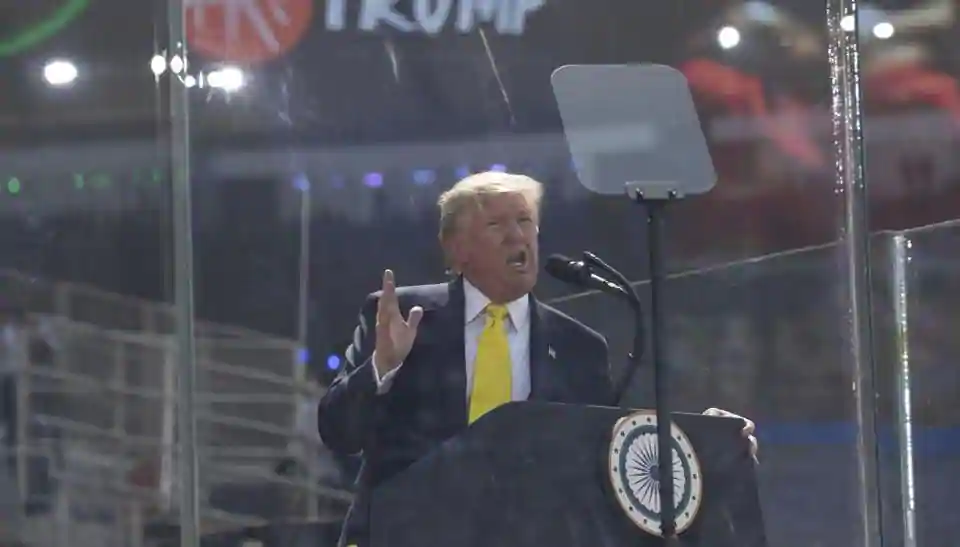 Donald Trump addressed thousands of people present at the stadium, however, he made a goof-up during his speech, which has created a stir on social media. Well, during his speech, Donald Trump mispronounced the name of cricketing legend Sachin Tendulkar. After praising the prominent people from Bollywood, he moved to cricketers and said:

“This is the country where your people cheer on the biggest cricketers, from Sachin Tendulkar to Virat Kohli, the greatest in the world,”

Well, this didn’t go down well with the Indian cricket fans who are trolling the President since then. Kevin Pietersen, former England cricketer also joined the fun and trolled Donald Trump hilariously by requesting the very popular British television host Piers Morgan to ask Donald Trump to do research in pronouncing the names of legends. KP wrote:

“FFS, @piersmorgan, pls ask your mate to do some research in pronouncing legends names?!”

FFS, @piersmorgan, pls ask your mate to do some research in pronouncing legends names?! https://t.co/eUGuCNReaM

Twitterati loved the Tweet of Kevin Pietersen and came up with hilarious reactions on it. Here, check out the reactions of Twitterati on this:

He’s American where they barely know what cricket is. Give the dude a break

I don’t remember reading any English word whose A is pronounced as double O.

he did well enough

A South African lecturing about pronunciation or accent????????

You tell him Ka Veen Petterson

More people gone to see him than you in your prime lmfao.

Why not give the man credit for attempting it. He has no need in the world to care about cricket.

Why not give the man credit for attempting it. He has no need in the world to care about cricket.

6 letters just 6. And you messed those up. Wow.
Btw those 6 letters are more than anything for cricket fans..they are chapters.