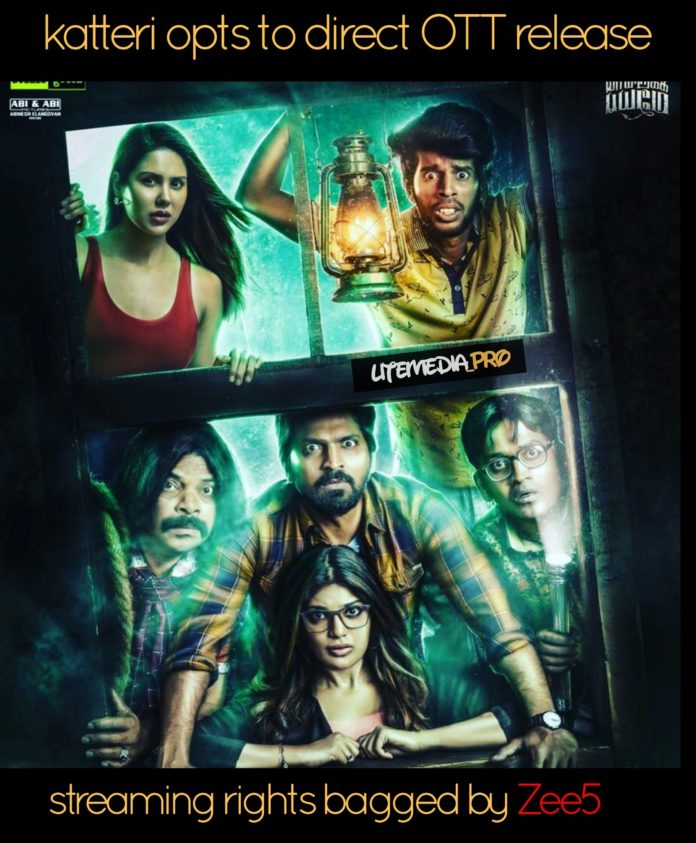 Katteri is one of the most expected comedy horror film of 2020 as the director of Katteri Deekay has previously made a horror thriller “Yaamirukka Bayamey” which was a superhit film released in 2014. With theatres closed and audience looking for some entertainment, comedy is the need of the hour and Katteri fits right into this space.

The sad truth is none of the movies that had a direct OTT release in the past two months had done well and hence the expectations for Katteri is high among audience. Katter is directly release on Zee5 platform and this would be their second direct OTT release. Zee5 has already released ‘Cocktail’ starring Yogi Babu directly is signing up for more projects.

Vaibhav starrer ‘Kaatteri’ is a horror-thriller and the film is directed by ‘Yaamirukka Bayamey’ fame Deekay and is produced by K.E. Gnanavel Raja for Studio Green Films.

Katter is expected to release in August 2020