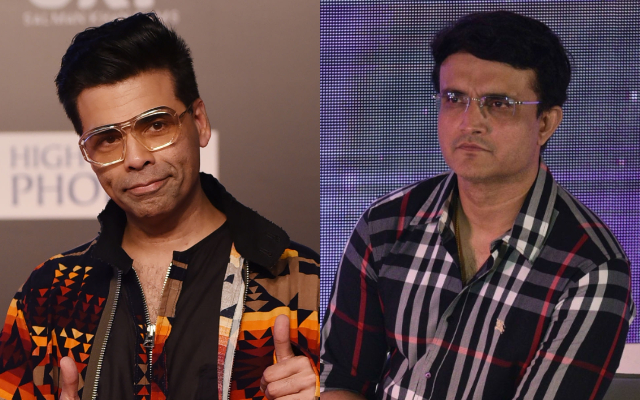 The recent trend in the Hindi film industry has been making sports biopics. Films have been made on the lives of MS Dhoni, Sachin Tendulkar, MC Mary Kom, Milkha Singh and a few others. Movies on Saina Nehwal and former India hockey captain Sardar Singh are also in the pipeline.

Well one can add another name to the growing list of sports biopics – Sourav Ganguly. The former India captain and current BCCI president’s life has been a roller-coaster ride, full of ups and downs. So when filmmaker Karan Johar visited the BCCI office recently, tongues started wagging.

Ganguly has been in Mumbai since Friday. He had also gone Monday to Motera in Ahmedabad to attend the ‘Namaste Trump’ programme.

Sources close to Ganguly said that there has indeed been a fruitful meeting between Johar and him. They said that proposals for a biopic on the cricketer-turned-administrator have been coming for the last two years. They also said that Ganguly likes the way Karan makes his films and is one of his first choices as director.

Names have also been discussed as to who can play the lead role – that of Ganguly. The person has to be left-handed which is not easy to find. Sources also said that Ganguly has suggested some names to Johar and the latter has assured that he will get the perfect cast.

Well after all it’s the biopic of Sourav Ganguly – a man who has played the game with the heart on his sleeve.