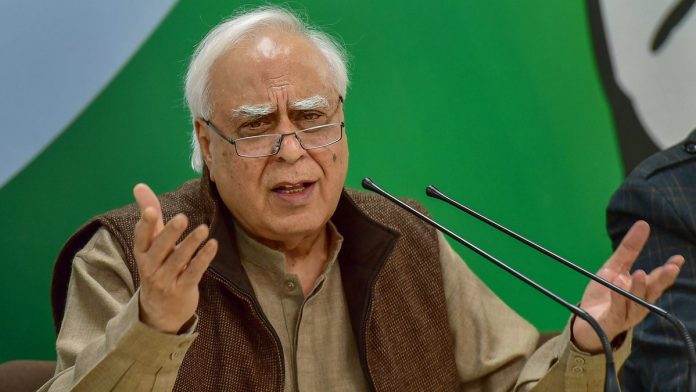 After the massive defeat of Congress party in Delhi assembly election, the senior leader of congress, Kapil Sibal said that there is no leader worth projecting in the congress party.

While speaking to ANI Kapil Sibal said, “we do not have a leader to project. This is the issue within the party. We will look into it and resolve it at the earliest”.

After the Congress party was unable to open an account in Delhi assembly elections for second consecutive time, the Congress leaders seem to be gloating over the Aam Aadmi party’s win and BJP’s defeat stating that the voters have rejected its divisive politics.

Kapil Sibal was reacting to the statement of NCP Supremo Sharad Pawar, who had said that “the regional parties must come together to defeat BJP. The Delhi results not merely limited to capital because people from almost all the states resided there”. Sibal responded in favor saying, “The kind of polarized politics and the card of dividing society that is being played by the ministers of BJP is not going down well with people of Delhi and India. You can see the reflection of that in the results emerging in states like Jharkhand and Chattisgarh”.

He added, “It is time for them especially Amit Shah to realize that there is no point in dividing people as it has an impact on electoral results as well on investments in India as the world pester the confidence of investors.”

In the upcoming Bihar election, the Congress leader said: “The BJP will meet the same fate as Delhi in Bihar assembly election.”