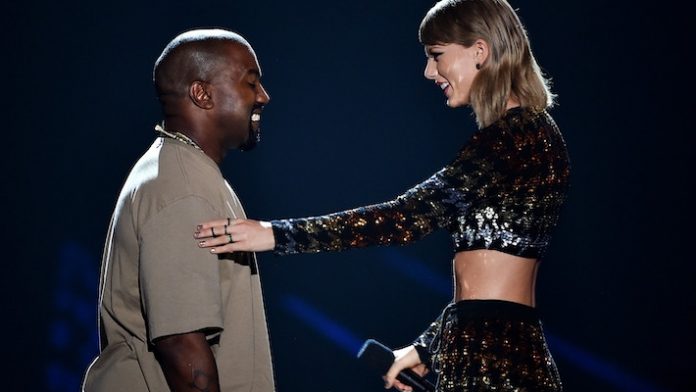 In 2016, Kim Kardashian leaked a call between Kanye West and Taylor Swift that she claimed showed Swift was a “snake” who was already well aware of the line about her in the song “Famous.” The internet agreed, and Taylor was considered a pariah for a long time, she completely went off social media and eventually returned with the campy, dark album Reputation. Watching her endure the extreme criticism, and keep going despite it all, was inspiring for a lot of people.

Today, for whatever reason, the full call between the two of them has leaked, and it does show that Kanye left out the fact that he calls Taylor a “b*tch” — the issue that she has repeatedly said made the song feel disrespectful to her.

At least two clips of the call have been uploaded to Twitter, and both are posted below in case either is taken down.

Kanye West & Taylor Swift’s 2016 phone conversation has been leaked in full, showing Kanye did indeed fail to tell Taylor about some of the lyrics in “Famous.” https://t.co/47sx9e2Fa1

She’s clearly uncomfortable af with him saying she owes him sex and tells him she will think about it and let him know if she’s okay with it. And ALSO tells him that she wouldn’t like if he’d called her a bitch.
And he never once mentions “i made that bitch famous” line to her pic.twitter.com/18QF3Mm4YG

No comment from Taylor or Kanye themselves yet, but for her part, Taylor has moved on and is now focusing on her new relationship via the album Lover, a record that turns its back on the darkness of Reputation in favor of exploration of a lasting love. Since the call and its subsequent blowup, Kanye has released not just The Life Of Pablo, which contained the song “Famous,” but also received backlash online for coming out as a Trump supporter, released the album Ye and the collaboration with Kid Cudi Kids See Ghosts in 2018, and released Jesus Is King last year.

This story will be updated if either party comments on the situation.