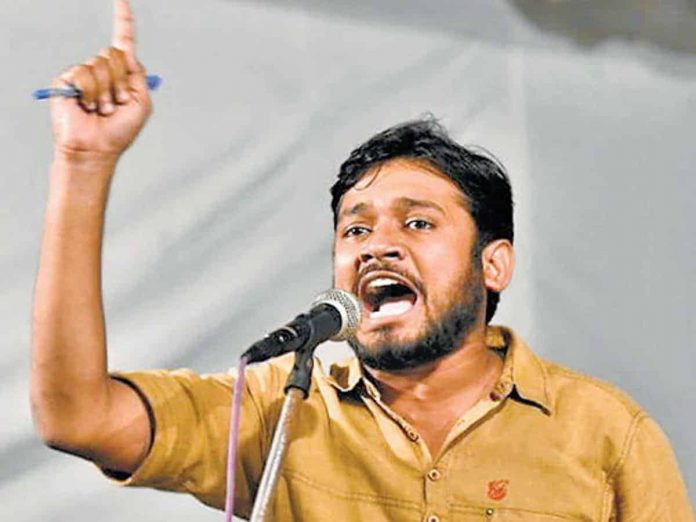 The convoy of former Jawaharlal Nehru (JNU) Students’ Union and CPI leader Kanhaiya Kumar came under attack once again. The incident reportedly occurred in Jamui, Bihar, where people threw eggs and engine oil at Kumar’s convoy. Kumar’s convoy was attacked while it was on its way to Aadha from the guest house. This is the second incident within 7 days when Kanhaiya had been attacked.

Kanhaiya, who fought the last year’s General Lok Sabha elections and lost miserably from Bihar’s Begusarai, is on a month-long ‘Jan-Gan-Man Yatra’ against NRC and CAA, during which he is slated to cover all the major cities of Bihar and address about 50 meetings. The one-month journey began on January 30 from Bettiah, Bihar and is expected to end on February 29.

According to the police, Kanhaiya Kumar arrived in Jamui on Sunday for his ‘Jana Gana Mana Yatra’ and addressed a meeting against CAA and NRC in the district. Today when Kanhaiya Kumar’s convoy proceeded and reached Mahisauri bus stand, it was confronted by a group of people shouting slogans against Kanhaiya, throwing eggs and engine oil at his convoy.

Read: JNU Tales: How comrades went from hating Lalu Yadav to worshipping him

A clash allegedly broke out between Kanhaiya Kumar’s supporters and the locals following which the locals started hurling eggs and engine against the Kanhaiya Kumar’s convoy. Reports also claim that Kanhaiya Kumar’s supporters got embroiled in a quarrel with media personnel at the spot. The police and district administration present on the spot tried to defuse the simmering tension and escorted the convoy to safety. Though Kumar suffered no injuries in the scuffle, he accused police of negligence that allowed the situation to worsen.

Earlier last week, shoes and slippers were thrown at Kanhaiya Kumar’s convoy in Katihar while some protesters even pelted stones at his convoy when it was passing through the Supaul district.