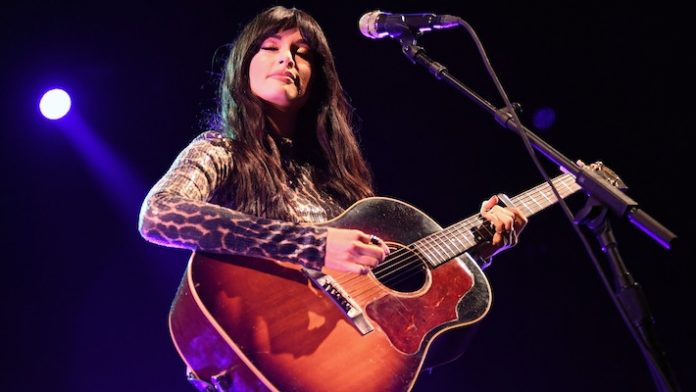 Kacey Musgraves is the rare country-folk singer who has broken out in the mainstream in a big way. Ever since her amazing album Golden Hour came out in early 2018, her long-time fans have been declaring it her best work to date — and the Grammys agreed by honoring it with the massive Album Of The Year award.

With that kind of recognition, Kacey’s already passionate fanbase has exploded to include more people than ever before, which means her reach has also stretched into new realms outside of just music. One such area is the candle world, where a newly-announced collaboration with the Instagram-favorite brand Boy Smells has hit the shelves:

The new offering, “Slow Burn,” is described as “an olfactive collaboration with artist and ally, Kacey Musgraves that adds a hazy, smoldering layer to the melodic record of the same name.” The candle is of course coyly titled after the first song off Golden Hour, and is a pretty spot-on name for a candle smell. Here’s Kacey’s description of the scent:

“Glowing and dark — incense, black pepper, and guaiac wood take center stage with whiffs of embers in the distance. A little dank, a little crisp: accords of smoked papyrus and amber add an earthy expensiveness. Commanding, but not in a hurry, like the last sips of a Negroni at the bar down the street, expressed through hints of elemi and tonka bean. The “scentiment” of Slow Burn is about pausing along the way to relax and enjoy exactly where you are right now. Burn in a hurry.”

Check out more imagery for the collaboration below, and pick up one for yourself over on the Boy Smells site for $38.