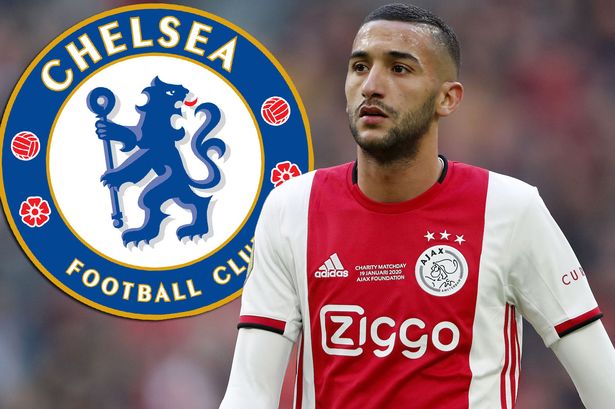 Juventus are reportedly ready to make a move for Chelsea winger Willian after the Blues signed Hakim Ziyech from Ajax.

Brazil international Willian is Chelsea’s longest-serving player having been with the club since 2013, making 323 appearances in all competitions.

But his future at Stamford Bridge remains unclear having been unable to agree a new deal with the Blues, meaning he is technically out of contract at the end of the season.

Willian has always insisted that he does not want to leave west London, despite reported interest from Barcelona.

However, following the signing of Hakim Ziyech, Chelsea could have paved the way for his exit.

And Juventus, according to the Daily Express, are keen to add him to their ranks by “tempting” him away from the captial, having reportedly kept tabs on him for years.

Willian wants to sign a two-year contract at Chelsea, but they have only offered him a single extra season, no doubt due to his age at 31-years-old.

Chelsea have now seemingly managed to land a long-term replacement for him too in Ziyech, who will join the Blues in the summer for £33m.

A club statement announced that the Moroccan would make the move in the summer, and that personal terms were yet to be agreed.

It read: “Chelsea Football Club has reached an agreement with Ajax to sign Hakim Ziyech this summer.

“The move is subject to the player agreeing personal terms and he will remain at the Dutch club for the rest of this season.”

Ziyech also took to his personal Instagram to reveal the news that he had signed for Chelsea by reposting Ajax’s original announcement story.

Alongside a picture of himself a caption read: ”5 more months of magic in AMS.

“Our Wizard will play for Chelsea FC next season.”