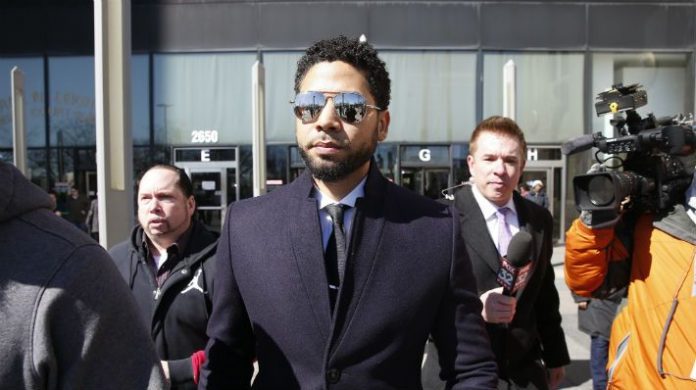 Jussie Smollett will, indeed, face charges for the aftermath of an attack that police believe was fabricated by the former Empire actor.

According to Fox 32 Chicago, special prosecutor Dan Webb ruled on Tuesday that Smollett would face charges for lying to Chicago police.

Smollett is due in court February 24 at the Criminal Court Building at 26th and California. He is indicted on six counts, accused of lying to Chicago police when he reported the attack last year, special prosecutor Webb said. Smollett faces six counts of disorderly conduct.

It’s the latest turn in a case that started when Smollett, then an actor working on the Fox show, reported a racist and anti-gay attack against him in January of 2019. As police investigated the incident, however, they believed that Smollett had actually staged the attack, in which he claimed men physically attacked him and yelled racial and homophobic slurs.

Prosecutors charged Smollett for filing a false claim, alleging he faked the attack in hopes that the attention would help his acting career. But in March of 2019 those charges were abruptly dropped, which drew outrage from some in Chicago, including then-mayor Rahm Emanuel and the city’s police chief. Now it seems those charges will be filed after all, with a court date for Smollett set up later this month.