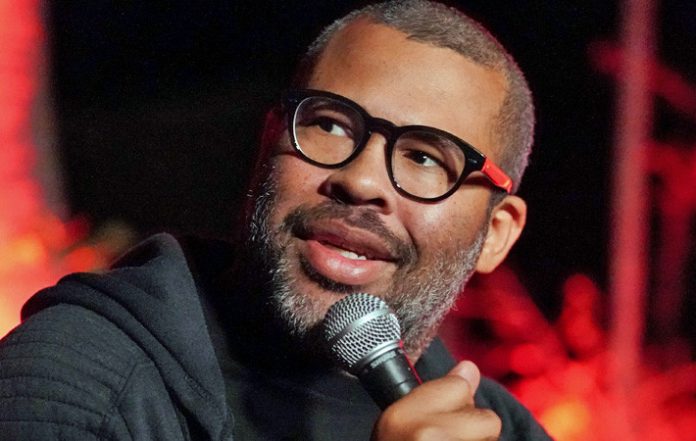 The trailer for the new Candyman drops on Thursday, but fans can get an exclusive first look at the “spiritual sequel” to the ’90s horror classic if they’re not too scared to take Jordan Peele up on his dare by saying Candyman’s name five times on Twitter.

I dare you to say his name.

But if you’re too afraid to tweet — no judgment — here’s the short clip the official Candyman account is dropping in people’s mentions:

Of course, you can’t just hop on Twitter and dare people to say “Candyman” five times without getting some choice reactions:

You really thought you were going to get your people to do this??? I’mma just buy a ticket to the movie like a normal person and not play with demons ty… pic.twitter.com/dj9xKYdK0U

Starring Yahya Abdul-Mateen II, who’s hot off the success of HBO’s Watchmen, and the original Candyman himself Tony Todd, the film promises to hook modern audiences on the Clive Barker classic. Here’s what Mateen told Uproxx shortly after wrapping in Chicago:

It’s a beautiful city. And it was also really cool to be working on IP that the world knows, and it’s important in the horror-genre canon, so you know, it’s really cool to be part of something that people know about, but also to have the opportunity to retell that story while also honoring all of the good things that were about it. Obviously, I think Jordan [Peele] has a certain perspective, and it’s always nice to bring social commentary into the work that we do. So we definitely inject that into our work, and [director] Nia DaCosta is an up-and-coming filmmaker. She was already very good, and I’m glad to be able to work with her before everyone else knows all about her because she’s really, really good, and so I’m really happy to have something to share next summer with what we did with Candyman. I think it has the opportunity to be really special. And scary.

And for one last tease, MGM just released the first poster for Candyman that should tide fans over until the trailer hits.