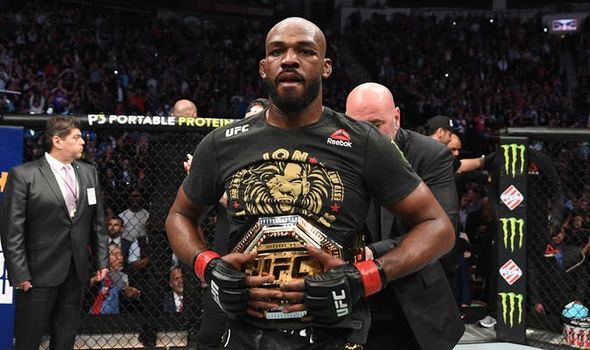 Jon Jones believes takedowns earned him the win over Dominic Reyes on Saturday night, as the UFC light-heavyweight champion defended his belt over the formerly unbeaten challenger.

Jones survived an early scare to get the win in what were controversial circumstances.

The light-heavyweight defended his belt by a wide unanimous decision after being made to work for the win.

Having gone into the fight as a favourite, Jones was immediately on the back foot, as Reyes came out of the traps swinging for the fences.

The unbeaten challenger went for it from the get-go to try and rip the title away from Jones.

JUST IN: Why Lionel Messi might have been tempted to join Man City

He appeared to lose the first two rounds before fighting his way back into the contest, and used Reyes’ lack of five-round-fight experience to his advantage.

Jones kept putting the pressure on Reyes throughout the fight, and moved around the octagon efficiently to ensure the challenger never got a moment’s rest.

As the rounds went on, the champion continued to press and assert his dominance on the fight.

He eventually took over the fight in the final two rounds, and used the takedown offense to his advantage.

Speaking to Joe Rogan in the cage afterwards, he explained that is what he feels won him the decision.

Fans were left confused by the scorecards, with one judge scoring the bout 4-1 in favour of Jones, whereas the other two and it to him by just one round.

But ‘Bones’ didn’t appear to be concerned about what the judges had to say, as he paid tribute to his beaten opponent.

“Dominic did a tremendous job,” he said. “Dominic, you have totally earned my respect, man. That was a great fight. 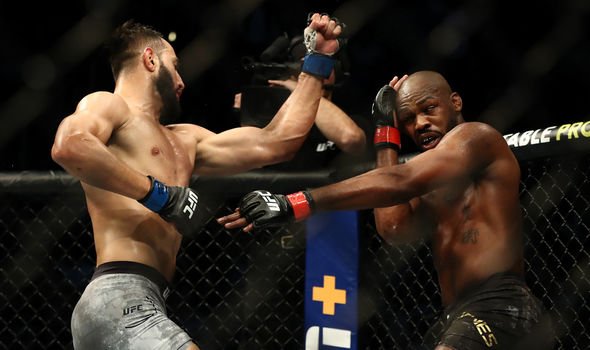 “I tell you what, I think the difference in the fight was the takedowns.

“I couldn’t keep him down for too long, but I was taking him down. I’m pretty sure I took him down in at least three of the rounds.

“It was close in the kickboxing exchanges, he landed some tough shots, but I believe my takedowns got me the edge.

“I knew it was a really close fight, and I turned it on in the fifth. Between the first rounds and the fact that I completely dominated that fifth round, I feel like he hit me once for every six times I hit him in the fifth round.

With the win, Jones broke a UFC record for most wins in a title fight in the history of the organisation.

And that feat wasn’t lost on him, as he admitted he felt “grateful” to have made history.

“To break a record and become part of American history in this way, UFC history, I wouldn’t want it easy,” he continued.

“If this was easy, everybody out there in the audience would be doing it, that was incredibly hard what I did in there tonight.

“Dominic is tall, he’s hard, he’s strong, he’s well coached, and he was a lot better than I thought he was. This guy has knocked out pretty much everybody he’s fought, and he’s definitely a worthy opponent. I’m so grateful to be a part of history tonight.”