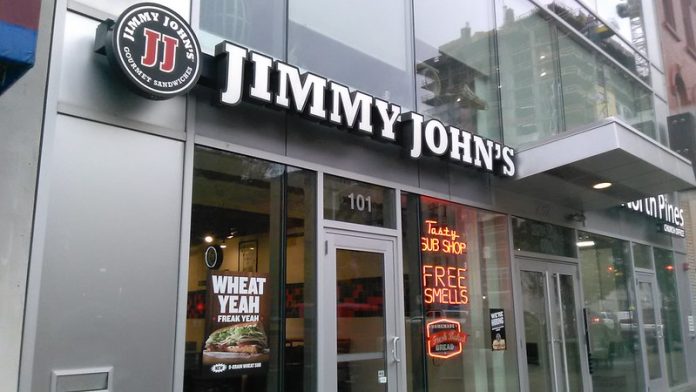 The US Food and Drug Administration (FDA) issued a warning letter on Tuesday to popular sandwich chain Jimmy John’s claiming the company has served vegetables linked to five E.coli and salmonella outbreaks over the past seven years. The most recent outbreak cited was in December of 2019.

In the letter, the FDA claims the company has demonstrated a pattern of receiving and serving “adulterated fresh produce,” specifically citing clover sprouts and cucumbers. FDA Deputy Commissioner Frank Yiannas said in a news release the outbreaks have affected consumers across “no fewer than 17 states.”

The outbreaks cited in the warning letter are as follows:

“Jimmy John’s has not demonstrated implementation of long-term sustainable corrections to its supply chain to assure the safety of ingredients used in its products,” Yiannas said.

According to CNN, Jimmy John’s president James North said the company has “removed sprouts from all its locations until further notice.” North also claims the removal was not initiated by an immediate threat, but rather was done out of caution.

The warning letter says Jimmy John’s has 15 days to respond addressing the violations and how they are going to correct them. “Failure to promptly correct these violations may result in enforcement action by FDA without further notice, including seizure and/or injunction,” the letter reads.