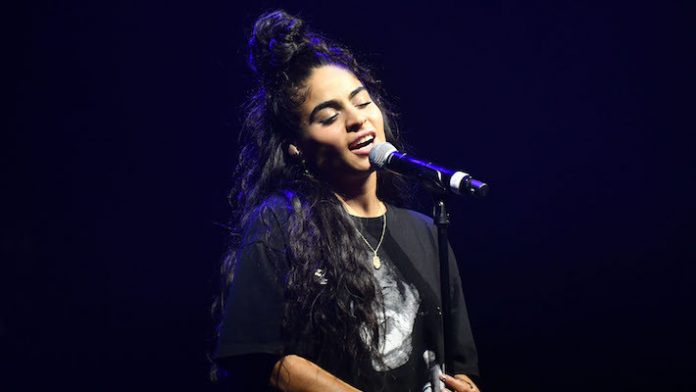 Five years ago, Jessie Reyez stepped into the pop and R&B world with her breakout single, “Figures.” To this day, the track stands as her most successful release, but in the years since, Jessie has yet to fade into the background. Following numerous singles, a pair of EPs, and work alongside a few big-name artists, Jessie finally shares her long-awaited debut album, Before Love Came To Kill Us, one that sees an appearance from a well-known artist.

Eminem and Jessie connect once again for “Coffin” off her debut album, serving as their third song together. The song follows their last collaborations, “Nice Guy” and “Good Guy,” which both appeared on Eminem’s 2018 album, Kamikaze. A semi-continuation of the story told in their “Good Guy” video, Jessie and Eminem paint an obsessive love story where only one-half of the relationship is willing to die for the other. Jessie boldly proclaims, “I’d rather a coffin handmade for two, cause love you to death just like a fool.”

The song is also fitting for Eminem, who released his Music To Be Murdered album two months ago. Looking to escape Jessie’s crazed infatuation for him, Eminem’s verse focuses on making his escape from Jessie, one that eventually leads to him jumping from the roof of a building.

To hear “Coffin,” press play on the video above.

Before Love Came To Kill Us is out now via FMLY and Island. Get it here.