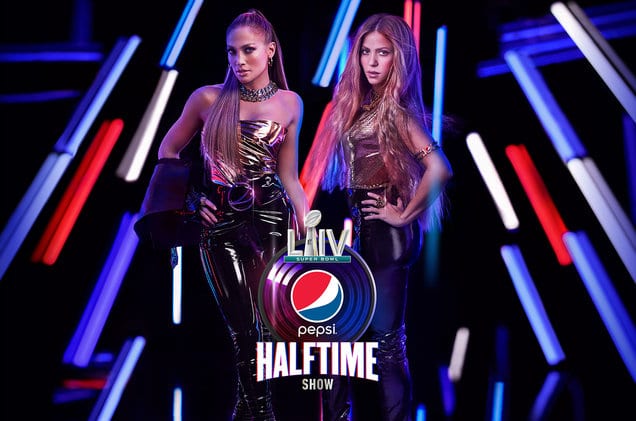 The 49ers play the Chiefs in the Super Bowl next Sunday February 2nd. Millions will tune in to see not only the game but to check out the commercials and the Halftime Show.

J Lo and Shakira announced they were slated to perform back in September.

The Halftime show is a very exciting marker of achievement for an artist. The show, watched my millions, allows an artist to showcase the best and most popular songs of the discography. Lady Gaga even chronicled her road to the Halftime Show in her documentary “5 Foot 2.”

Allegedly there is some tension surrounding the performances of these great artists. Due to time constraints they are having trouble deciding on a set list. At first people and news outlets assumed most of the performance would be together. Now, they announced that they will only appear briefly together at the end of the performance.

An insider explained that there is not real feud just icy tension. The tension is understandable when thinking about not only the honor of the performance but also the financial and time restraints. These amazing women, who are known for great performances, need to fit their songs into a small amount of time.

Additionally, it appears that false information contributed to the tension. Lopez allegedly was led to believe she would be the only performer. J Lo was already snubbed by the Golden Globes and Oscars. She deserves to get the chance for an amazing performance. Additionally, the performers during the Halftime show do not receive financial compensation for their performances.

J Lo and Shakira have not let on to any bad blood. In fact, it is quite the contrary with Jennifer Lopez remarking she is happy to be sharing the stage with the “fellow Latina.” This drama may be fake news that often gets spread to pit amazing, successful women against each other.

No matter what happens backstage, both professionals will surely bring their A game to the Super Bowl and give amazing performances that showcase their talent and work ethic. Personally, I am tuning in hoping to see “Loca” and “El Anillo” performed.