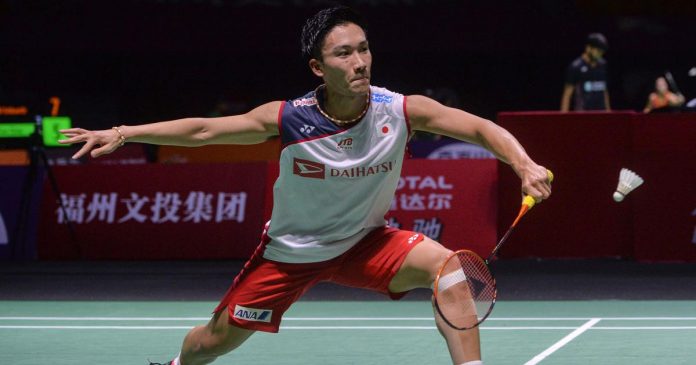 Tokyo: Injured Japanese badminton world number one Kento Momota had surgery on a bone near his eye on Saturday — dashing hopes of an early recovery, local media reported.

The 25-year-old Japanese — hurt in a Malaysian car crash earlier this year — was diagnosed with an orbital floor fracture after he said he suffered double vision during practice, Japanese public broadcaster NHK reported.

Doctors anticipated the bone would take three months to fully heal, the station said, adding he had already been discharged following the surgery.

Momota had prepared to return to action at the March 11 All England Championships but would miss the competition, NHK said. Instead he is expected to focus on treatment, it said, adding that his recovery was expected to be “considerably” delayed.

Immediate confirmation of the news reports was not available.  Momota returned to Japan in mid-January after suffering minor injuries following a car crash that killed his driver. He had originally been expected to face two months out after suffering cuts to his face and multiple bruises when his vehicle crashed en route to Kuala Lumpur International Airport January 13.

Momota — who won a record 11 titles last year — had “extraordinary enthusiasm” about the 2020 Tokyo Olympics, the secretary general of Japan’s Badminton Association Kinji Zeniya said when the player returned home.

The accident occurred just hours after he began this year’s season by beating Denmark’s Viktor Axelsen. Momota enjoyed unrivalled success in 2019, with his title haul including the World Championship, Asia Championship, and All England Championship.