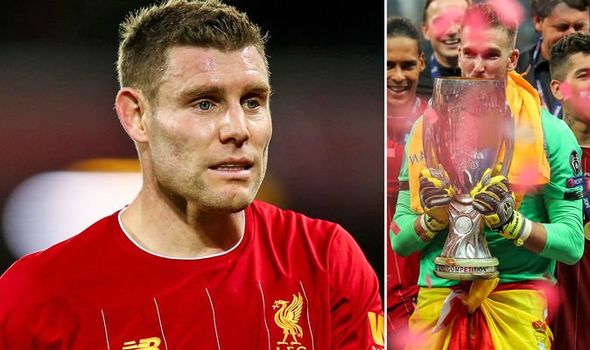 Liverpool goalkeeper Adrian has revealed that team-mate James Milner told him to take the Super Cup final trophy home with him for a night after saving the decisive penalty in the shootout with Chelsea in Istanbul.

The Reds and Chelsea drew the game 2-2 after goals from Jorginho, Olivier Giroud and Sadio Mane (2).

The game then headed to penalties where Adrian, who had been bought in the transfer window just weeks earlier, became a hero.

Days before the game, Adrian has made his debut for Liverpool after first-choice keeper came off injured against Norwich in the Reds’ first match of the season.

His second appearance came against Chelsea in the Super Cup, which would become Liverpool’s second trophy of 2019.

And six months later, the Spaniard has revealed the classy gesture which team-mate Milner offered after the game.

“James [Milner] told me to take the trophy with me for the night,” he told BBC Sport.

“It took me several seconds to realise he really meant it. Who better than me, he said. So I agreed.”

Adrian then spoke of the joy he felt at bringing the trophy to his brother and best friend in his hotel room in Turkey.

His parents and other relatives, however, couldn’t arrange for travel to the game at such short notice. 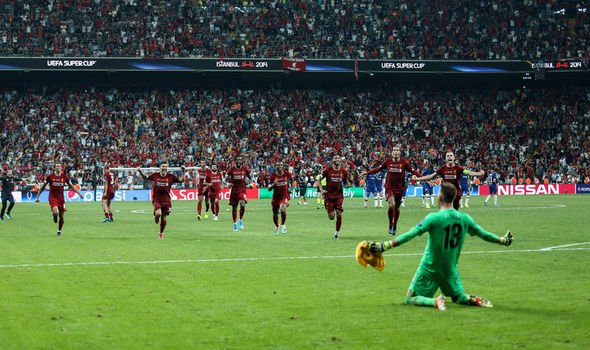 He added: ”Getting into the room with the Super Cup, my first title. Their faces. Awesome.”

“Everyone met at my parents’ house [in Sevilla] – my wife, my closest friends, my in-laws.

“Everything happened so fast that they didn’t even have the chance to fly to Turkey for the match, we couldn’t arrange it.

“Receiving that video call and seeing tears of happiness from home was unforgettable.”

Adrian went on to make nine more appearances in the league this season before Alisson recovered from his Achilles injury.

That means that Adrian will eligible to pick up a Premier League winners medal when Liverpool eventually secure the points needed to clinch this season’s title.