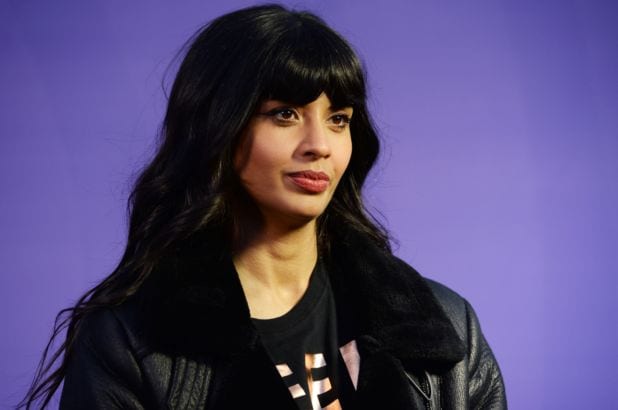 Back in September, HBO’s new streaming service, HBO Max, announced their first round of original shows, one of them being Legendary, a reality show surrounding modern ball culture. In a press release sent out earlier in the week, HBO Max revealed actress Jameela Jamil to be the MC of the show, as well as a judge.

Rapper Megan Thee Stallion, stylist Law Roach and dancer Leiomy Maldonado will also serve as judges, while Dashaun Wesley and DJ MikeQ are to be commentator and DJ respectively. Wesley and MikeQ are also well-known faces within the New York ball scene.

Jamil’s announced role as MC caught some people off-guard, as many wondered why HBO gave the actress this specific role and questioned whether it is fitting for her.

Following the criticisms, Jamil spoke out against Deadline, who initially reported her MC role, stating that Dashaun Wesley is truly the MC and that she is only a judge.

Her fellow colleagues also had a few words for those who criticized Jamil’s formerly announced casting as MC.

Although Jamil’s only role as judge relieved some, many still had their doubts. This came with the notion that she was—supposedly—not LGBTQ+ identifying. She also responded to those allegations in order to clear the air some more.

The entire situation came to a head after Jamil officially came out as queer on Twitter; in addition to coming out, she announced that she would be taking a break from the platform for the time being.

So why are people still unhappy?

Looking at the whole situation, there are some specific reasons that people are still upset about, so let’s dive into each one.

To understand why many are weary about Jamil’s casting, allow me to explain a brief history of ball culture.

Ball culture dates back to the 1920s in New York City, but was primarily made for White drag queens during its beginnings. If Black drag queens wanted to participate, they would have to lighten their faces with makeup. In the 1960s, the Black LGBTQ+ community created their own underground ball culture and slowly but surely became a safe space for LGBTQ+ youth of color to express themselves. Soon after, the competitive part of ball culture came to be, where participants would strut, dance, or perform down a runway or on a stage to win prizes.

Because many participants were younger and could not express themselves in front of their own families, the concepts of “houses” and “house families” came to be; each house consists of a house mother, father or both, a housekeeper, and the children of the house. Portrayals of “house families” and ball culture can be seen in FX’s show, Pose, or the film, Paris is Burning.

At the time of HBO Max’s announcement, no one knew that Jamil was queer, although she mentioned that she has never hidden the fact that she was; she also—that we know of—has never been a part of the ball community.

Additionally, trans actress Trace Lysette revealed that she interviewed for Jamil’s role and actively serves as a house mother, but did not get the part.

Her Being Forced To Come Out

Coming out is about doing it on your own terms. It means being able to take control over your identity and yourself. No one should be forced to come out when they are not ready to do so; we saw this last month with beauty YouTuber NikkieTutorials when she came out as transgender after someone blackmailed her.

As we saw, Jamil’s coming out came following the belief that she was not part of the LGBTQ+ community. In situations like this one, it is harder to stay quiet and not have to be forced to defend yourself from what other people are saying about you. On one hand, one may not care what others say because deep down, you know what is true. But on the other hand, it could be difficult to sit there and allow people to speak for you, even when the information given is not correct in the slightest.

However, a wave of support from fans and peers still surrounded Jamil after she came out, with some also saying that her coming out has allowed them to be more visible in terms of their sexuality and race.