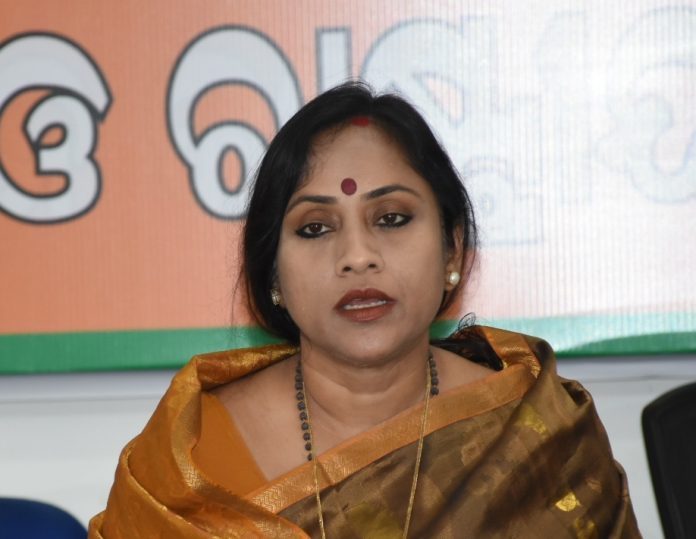 Bhubaneswar: The Odisha BJP Saturday accused the Jajpur police and the state government of attempting to destroy all possible evidences which could have been used in the alleged murder PEO Smitarani Biswal last year.

Addressing the media here Saturday, state BJP spokesperson Lekhashri Samantsinghar accused the Jajpur district police and SP Charan Singh Meena of trying to erase evidences which could have been used to prove the involvement of the prime accused in the case.

Lekhashri said demolition of the guest house at Haridaspur where Smitarani died hinted at the desperate attempt of the government to erase all possible evidences to the case. “The CCTV camera at the guest house was tampered with on the date she was murdered. Where are the CCTV footages now? The state government and the party functionaries are trying their best to destroy the evidences in the case,” she said.

She alleged that the guest house was used by BJD workers to meet some members of a local cement company and carry out many nefarious activities. “The government was well aware of the fact that the Rangasala (guest house) at Haridaspur in Jajpur district was illegally constructed,” she said.