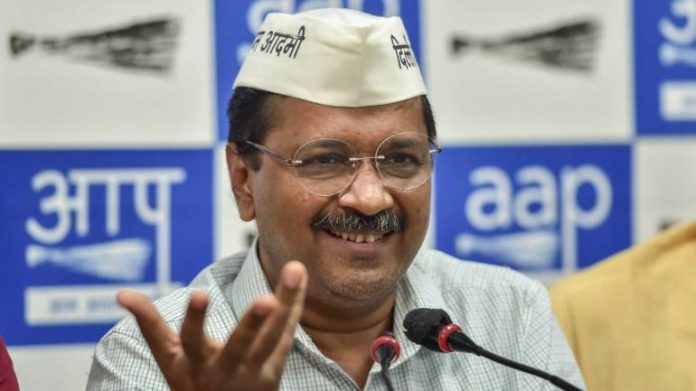 As the Delhi assembly elections result trends are hinting at a massive victory for Arvind Kejriwal-led Aam Aadmi Party government in the national capital, some of the Islamists and constant Muslim-victimhood peddlers on social media are feeling let down by the Delhi chief minister for steering clear of issues like Shaheen Bagh protest and police action on Jamia Nagar rioters.

Several of the Islamists who have been hurt by Arvind Kejriwal’s stoic silence on Shaheen Bagh and Jamia took to Twitter to express their displeasure with the Aam Aadmi Party chief.

The anguish was displayed when the AAP chief tweeted expressing concern for the safety of the students of Gargi College, after the recent incident of molestations and harassment during a college event.

Irena Akbar, a former journalist with Indian Express and who had recently made a clarion call to fellow Muslims to boycott a Lucknow-based business because she did not like the political views of its owner, tweeted that she felt ‘betrayed’ that Kejriwal spoke on a host of issues such as Gargi college, JNU, Pakistani Sikhs but failed to utter a word for Jamia.

Akbar said that ‘despite the fact that Muslims supported the AAP,’ as she did in the 2014 general elections, he chose to keep mum on the issue of Jamia, implying the AAP government’s reluctance to vocally support the Muslim mob that went on a rampage in Jamia Nagar on December 15, and the subsequent police action to curb the riots.

But you haven’t spoken for Jamia.

This, despite the fact that Muslims supported & voted for AAP. I did too, in the 2014 General Elections, when I was a resident of Delhi-NCR.

Others too echoed this sense of dissatisfaction against the Delhi chief minister.

You haven’t spoke for Jamia & AMU
Feeling betrayed!
Muslims have been supporting you throughout since 2014.

One Twitter user took a swipe at Kejriwal asking if he would speak up against police action in Jamia or does he need to secure LG’s permission before speaking on this issue.

Another Twitter user questioned Arvind Kejriwal on his silence on Jamia, asking if he is scared to speak anything on it or he is complicit in the action that was initiated against anti-CAA rioters in Jamia.

Why aren’t you speaking a word on Jamia brutalities @ArvindKejriwal ???

Are you scared or
Are you party to it or
You don’t want to speak because the students are Muslims??? https://t.co/Cl9h6Fc8TK

With Delhi assembly elections just around the corner, Delhi chief minister Arvind Kejriwal had maintained an astute silence on the issues embroiling the national capital, especially concerning the violence that gripped Delhi in the wake of the passage of the Citizenship Amendment Act. Anti-CAA rioters ran riot in many parts of Delhi, especially in Jamia, when Delhi Police intervened and took corrective action against the protesters who were involved in stone-pelting, vandalism, arson and rioting.

Kejriwal also refrained from visiting Shaheen Bagh and avoided making an overtly approbatory remark for the sit-in protest that was carried out by the protesters against the CAA by blocking one of the busiest thoroughfares of Delhi for more than 55 days.