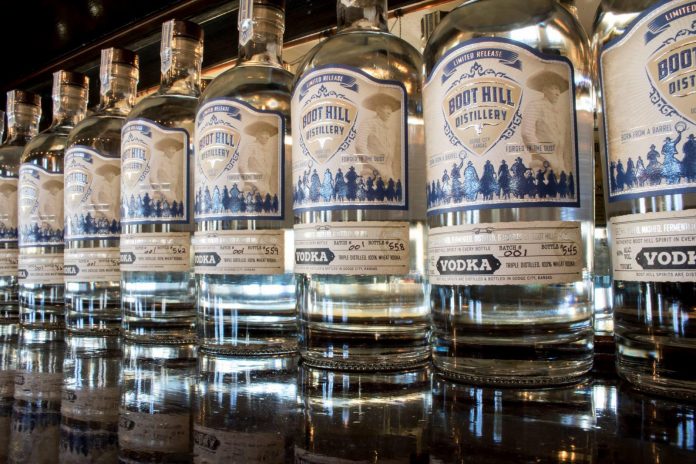 To begin, let it be known that all distilled liquors are gluten-free, barring those liquors that have coloring or additives included after distillation or those crafted in facilities in which gluten cross-contamination takes place. This is because the distillation process itself strips away the proteins that gluten intolerances would react against.

Gluten is a substance present in cereal grains, particularly wheat. It is the mixture of two proteins, called prolamins and glutelins, and is responsible for the elastic texture of dough. Gluten is harmful to people with Celiac Disease, a condition in which gluten triggers an autoimmune response that attacks the lining of the small intestine.

Despite this very real diagnosis, the naysayers still exist. There remain those who still question the very existence of gluten intolerance, and subsequently Celiac Disease. One woman remarks on a Celiac discussion board about how a doctor completely dismissed her young son’s gluten intolerance when giving him pain medicine.

“This was my first run in with a medical person who had this [questioning] opinion toward celiac, and I have huge compassion for those who have to deal with attitudes like this all the time.”

Pure, distilled liquor, even if made from wheat, barley, or rye, is considered gluten-free. So, despite the fact that Ketel One Vodka, for example, is made from wheat, its distilling process is so thorough that it rids the drink of any trace of gluten.

Reasons to steer clear of glutens:

Celiac Disease is an autoimmune system disease in which people can’t eat gluten because it will damage their small intestine. If an individual isn’t diagnosed with full-blown Celiac Disease but still experiences unpleasantness after digesting gluten-rich products, he/she/they may possess the slightly less severe version, known as gluten intolerance.

Because gluten intolerance can cause unsavory digestive problems, such as gassiness and abdominal pain, it is sometimes confused with Celiac Disease.
But these two conditions are not synonymous.

Also, even if you find you don’t have Celiac Disease, it’s still possible to be gluten intolerant, or to have a gluten allergy. A woman in a Celiac chat room had posted a story in which a doctor had found her (after performing tests) to be Celiac Disease free. She had had terrible digestive problems prior to these tests. In response to this negative result, she had a sandwich to celebrate. Big mistake. She then shared how she became sick soon thereafter, proving a gluten allergy did exist.

Moral of the story: it is safest to always tiptoe around the causes of this condition. Never flippantly test boundaries. Handle all sensitive matters with kid gloves. Start with a bite of cereal.

And let it be realized that the reason we’re hearing about the terms “gluten” and “gluten-free” so much these days is because many people guard against ingesting “gluten,” not because they’re necessarily allergic, but because guarding against “gluten” is a convenient way of losing weight.

To steer clear of various cereal grains and bread wheats, or the heavy starches that classically accompany those gluten proteins, makes for easy weight-loss! To only digest gluten-free foods is a way to automatically exclude some agents, such as carbohydrates, that pack on the pounds. A gluten-free diet can be looked at like an Atkins’ Diet 2.0.

So always remember: any distilled liquor is automatically gluten-free, but the chips and beers are not! It’s what you choose to add, or not to add, to the distilled alcohol that will pack on the glutens or not.