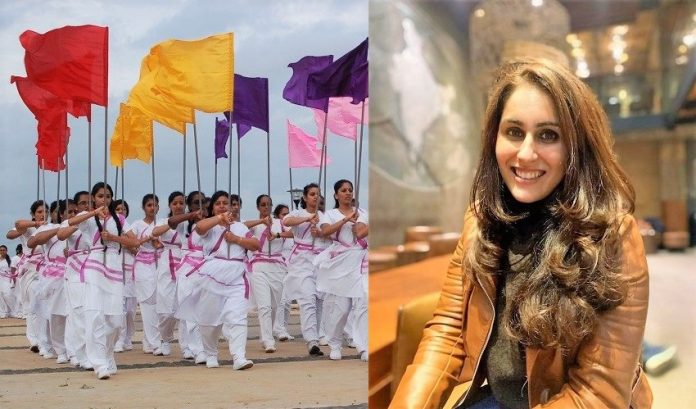 Wear a sari, cover your head. Your job is to take care of the man, nurture the children. Many of us, especially young female working professionals like me, link these female stereotypes to the RSS viewpoint. There is fair enough reason why. Media has made it a point, time and time again, to illustrate the Sangh as a regressive, misogynistic group. Moreover, well-known political figures like Rahul Gandhi have consistently attacked the RSS on public platforms. To add, prominent members of the international community have also questioned the identity and status of women in the RSS. It leaves us youth with many queries of a female’s status in the organization.

I have lived in the USA and the UK. I am a die-hard Beyoncé fan who touts feminism. I can and will voice my opinion fearlessly. I play tennis and regular wear short skirts and tank-tops on court. The RSS spans over 20 countries and contains lakhs of members. I was baffled. Could it really be true that in the year 2020, such a powerful body could be this regressive towards women?!

I decided to research. And I found that this was far from the truth.

The National Women Volunteers Committee (Rashtra Sevika Samiti) is the women’s wing of the Rashtriya Swayamsevak Sangh. Since its origination, it has been women-dominated. In fact, it was founded in 1936 when women not just in India, but all over the world, were repressed. The very initiation of the body is progressive. And to add to that, the women’s wing has worked actively with the Sangh and still does.

But then why have a separation of sexes in the first place? And why are women not allowed in male shakhas? This is a common argument and media story against the RSS. But there is a simple explanation to this. I will illustrate this through my own experience of playing tennis.

I played NCAA women’s tennis for the University of Illinois-Springfield where a women’s team and a men’s team existed. While both teams trained the same number of hours and worked on the same things, practices were held separately for the men and women. The reason? Because the men’s and women’s differing anatomies called for different approaches to ensure fitness. And also because like my other female teammates, I was uncomfortable getting into an ice bath with a boy.

Despite this, the men and women competed against other universities’ men’s and women’s teams respectively. We supported and cheered each other. Was there a need for a merge in practice and recovery sessions? Nope. Was it a big deal or looked down upon as misogynistic? Not in the least.

Similarly, although the Samiti functions separately, it still mirrors and upholds the same values as the Sangh. Women can attend the Samiti’s shakhas. Here they learn the same things taught in an all-male shakha: Hindu culture, identity and integrity along with customs and history.

But then, if the same ideals are taught, why not make a shakha co-ed? It’s not a sports team after all.

My research offered a simple explanation and I will again elaborate with my own experience. In South Mumbai, I have worn a skirt and walked outside. It is a perfectly normal thing for women to dress like this in that area. Of course, there is nothing legally wrong with this outfit in a more conservative area of India. But come on! The women living in these areas are not comfortable with this outfit themselves. It’s got nothing to do with misogyny.

Forget India. I myself wouldn’t walk in short skirts in many parts of the USA including Chicago and Washington DC because I was uncomfortable doing so in that area. It is simply more conservative. Therefore, media comparisons of a Samiti member to a swimsuit model is absolutely out of context and illogical.

It bodes better that shakhas are separated by sexes. The reason is that girls brought up in a conservative background would be far more likely to express herself in an all-female shakha versus a ‘co-ed’ shakha. She will be far more comfortable training physically with other girls around her versus boys. Hence, she is more likely to attain the empowering benefits of a shakha in one that is all-female.

The last part of my research looks into the question of modernization. Media points us to ‘judge a book by its cover’ in terms of Sanghi women. Large publications consistently say that the Sanghi is regressive while showing images of members dressed in simple, conservative clothing. My answer to this is does the outfit determine modernity? Take my example independently. I have worn everything from a sari to a bikini. Does wearing a sari make me conservative in thought versus a halter top? No, it doesn’t. Modernization and progression lie in thought and implementation.

The second part of the modernity argument can also be addressed straightforwardly.

‘When in Rome, do as the Romans do.’ If you look at any field; social work, corporate, education, defence, politics, etc; you will find that the leaders and team members dress alike. It is no different for Sanghi members. The organization focuses on social work and ground connect.

Would you walk into a rural village in a string bikini for social work? There’s nothing illegal about wearing one. But wearing a string bikini in this contest will make it hard to build the human connect needed for social work between you and the community. Thus, you dress like the people in that area do. Furthermore, many negative articles in the media focus only on one part of the Rashtra Sevika Samiti’s ideology of “matrutva, kartrutva and netrutya.” Media chooses to focus on ‘matrutva’ (motherhood) and portray to the masses that women are only good for child-bearing and nurturing. But they conveniently leave out the other essential tenets taught to members; performance, efficiency and leadership.

I am not a member of the Rashtra Sevika Samiti nor am I affiliated with them officially. The aim of writing this article was to elaborate the importance of doing proper research and applying some common sense in formulating an objective opinion. I implore you to not buy into negative media depictions of female Sanghi members. I succumbed to these stereotypes before I did the research. In reality, the organization is very welcoming of the ‘modern’ Indian woman: progressive, independent and employed. I applaud this organization and now hold them in the highest regard for the integral work they do to empower lakhs of young girls across India. 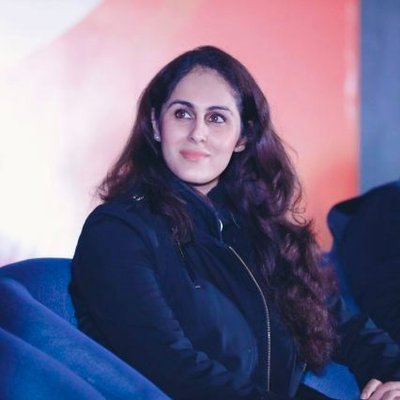 Priyanka Deo is currently an executive producer and anchor at New India Junction. She holds masters’ degrees from Harvard, the London School of Economics and Political Science and the University of Southern California.