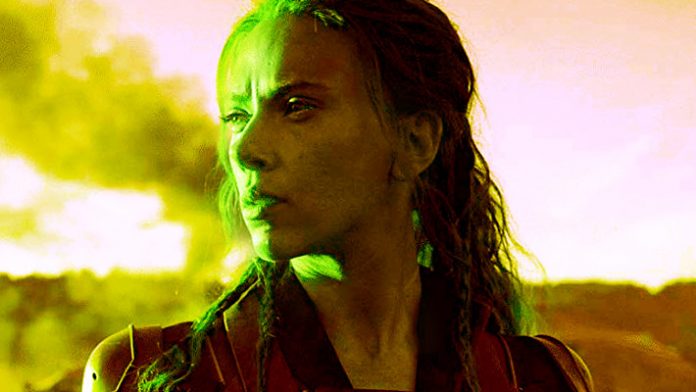 The only thing more surprising than Scarlett Johansson getting nominated for two Oscars in the same year, one of only 12 actors to ever do so, is that those were Scarlett Johansson’s first Oscar nominations, ever. Surely, she must have been up for Under the Skin, Ghost World, or Lost in Translation, or even her Oscar-baiting lesser fare, like The Black Dahlia or, uh, We Bought a Zoo? Nope. It took until 2020, 26 years into her career, for the Academy of Motion Picture Arts and Sciences to finally deem her nominee-worthy, for both Best Actress (Marriage Story) and Best Supporting Actress (Jojo Rabbit).

I initially left out the word “finally” in that last sentence, because “Scarlett Johansson has never won an Oscar” doesn’t provoke the kind of social media uproar that Leonardo DiCaprio used to, or Amy Adams still does. Is anyone, save for some fan accounts, truly excited about the prospect of her “finally” winning? I like Scarlett Johansson as an actress, and believe that she has an “incredible presence” (to quote Spike Jonze) in the right role, but it doesn’t bother me that before this year, she had never been nominated.

Despite consistently solid work, Johansson, as a person, provokes a lot of emotions online, largely due to two reasons that have nothing to do with the quality of her acting.

1. Johansson has a history of casting controversies. Outside of appearing in multiple Woody Allen films (we’ll get to him later), her playing Motoku Kusanagi in 2017’s unnecessary Ghost in the Shell brought accusations of whitewashing, with the Media Action Network for Asian Americans denouncing the film, and all of Hollywood, for not letting Japanese people “play Japanese people anymore.” The following year, Johansson faced a similar backlash over Rub & Tug, in which she was set to play the transgender owner of a massage parlor. Which brings us the other reason.

2. After exiting Rub & Tug, Johansson made some truly bizarre comments about how “as an actor, I should be allowed to play any person, or any tree, or any animal, because that is my job and the requirements of my job.” Johansson taking the role was not great (although, as trans actress Trace Lysette pointed out, it’s less about Johansson specifically, as it is the lack of equal opportunities), but her defense was worse. To this day, if you search “Scarlett Johansson” on Twitter, it’s largely jokes about her playing Asian characters, which is both lazy and dismissive towards Asian actresses. She also recently defended Woody Allen (“I believe him, and I would work with him anytime”), prompting Dylan Farrow, who alleges that Allen sexually assaulted her, to tweet, “Scarlett has a long way to go in understanding the issue she claims to champion.”

So, yeah, ScarJo has taken some roles she shouldn’t have and said some dumb things (also, she hates being called “ScarJo,” but whatever, Scarlett Johansson is hard to spell), but, as we saw when Casey Affleck won for Manchester by the Sea, the Academy doesn’t consider a “character clause” when determining who’s Oscar-worthy. I personally don’t think Johansson deserves to win this year (and she won’t, as Judy‘s Renee Zellweger and Marriage Story‘s Laura Dern have swept the major awards), but following the nominations, I wondered why I wasn’t more aware of her lack of recognition.

She’s in a lot of stuff I like, after all, everything from low-budget indies (Lost in Translation, Her) to cult classics (Under the Skin, Ghost World) to blockbusters (something like 17 Marvel movies, including the upcoming Black Widow), and has worked with numerous acclaimed filmmakers, including the Coen brothers, Wes Anderson, and Sofia Coppola. She’s living the dream of any actor, toggling between the highest-grossing movie ever and starring in two Best Picture nominees, getting nominated for both of them, in the same year. But the reason I’m not up in arms about her being ignored by the Oscars is because, unlike fellow snubs Amy Adams or Annette Bening or Tom Cruise, she’s rarely the best thing about whatever movie she’s in.

Think about it. She’s great in Ghost World, showcasing a vulnerability that rarely appears in her later work, but she’s overshadowed by Thora Birch and Steve Buscemi. In Lost in Translation, she’s matched by Bill Murray. Vicky Cristina Barcelona: Penelope Cruz. Her: Joaquin Phoenix. We Bought a Zoo: the zoo. No one went to see Avengers: Endgame because it’s a Scarlett Johansson movie, or Chris Evans movie, or Mark Ruffalo movie; they went to see a Black Widow, Captain America, and the Hulk movie. Johansson is incredible in Marriage Story, but so is tall-man Adam Driver; neither steals the movie from the other (and they both inspired memes). The one exception is Under the Skin, but it’s understandable why the Academy passed on the “naked alien lady eats men” movie. Unfortunate, but understandable. Now, compare Johansson to Amy Adams, who is the clear MVP of Arrival and Junebug and Enchanted, which deserved at least a nomination for Best Actress, or Leonardo DiCaprio, who fought a freaking bear to show us how much he wanted that Oscar. It worked. Johansson is usually very good, but rarely great.

But after Marriage Story, I’m convinced that Johansson has that defining performance in her. For now, however, she’ll have to settle for being a two-time Oscar nominee who’s equally adept at broad sketch comedy and introspective drama, someone who’s engaged to the head writer at SNL, and headlining the next Marvel movie, and who Taika Waititi called the Star of the Decade and a “creative partner.” I think she’ll be alright.