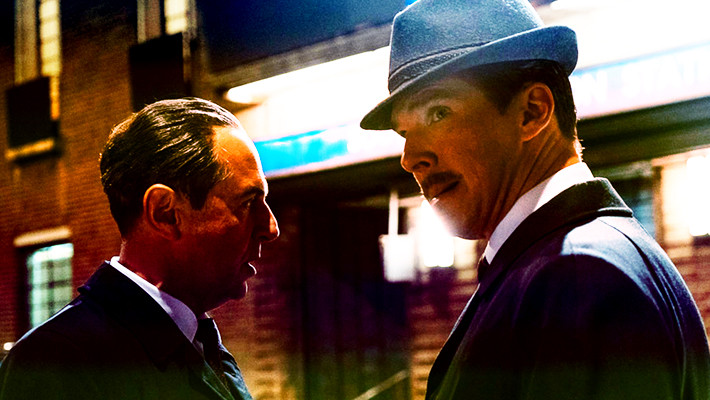 What ensues is a tasteful and chaste but unmistakable romance between two power alleyed squinters. The gravitas. The pregnant silences. The smoking. Ah, c’est l’amour!

If only it felt a little fresher. I’ll watch damn near anything about Cold War espionage, simply for the boxy suits, quiet chain-smoking, and tone of furrowed tension. Ironbark is no exception. Dominic Cooke’s film paints an evocative portrait of the time, and it’s easy to just marinate in it, even if it is a kind of a poor man’s Bridge of Spies. Wynn is dubious of spycraft at first – having been recruited by a CIA agent (Rachel Brosnahan) and her MI-6 counterpart (Angus Wright) because he’s a businessman the GRU would never suspect — but quickly gets wrapped up in their mission. Or maybe just in Penkovsky. From the ballet to the boardroom, their chemistry positively crackles. With their missions top secret, they’re closer to each other than their own families.

Avoiding nuclear war is a worthwhile goal, though disappointingly, Ironbark doesn’t complicate itself much beyond that. Kruschev is… desperate to flex his muscle! Okay, sure. Ironbark mostly regurgitates the usual Hollywood clichés about Russia. Wynn’s wife (played by Jessie Buckley from Taboo) begins to get suspicious, his handlers begin to disregard human life, the Cuban Missile Crisis raises the stakes (won’t someone think of the children?!), etc.

Ironbark creates this lovely bromance only to mostly fall back into the usual easy Western tropes. The Soviet Union is scary and remote, and Ironbark’s gulag sequence gets laughably sensational. I mean it’s a gulag, did you really need to gild the lily with eyeball soup? By the way, isn’t the eyeball the very first part of any animal to degrade? So would they really feed their prisoners something so fresh? And if it’s the throwaway product of that day’s fish, would someone really take the time to specifically gouge out JUST the eyeball instead of just leaving the whole head, just to feed to the prisoners? Yes, I have questions.

Anyway, Ironbark‘s lack of narrative evolution is disappointing for a film with such a sexy setting and premise. But it’s mostly fun while it lasts.

Lionsgate is reportedly “nearing a deal” for the rights to Ironbark, in the mid-seven figures. Still no word on a release date. Vince Mancini is on Twitter. You can access his archive of reviews here.