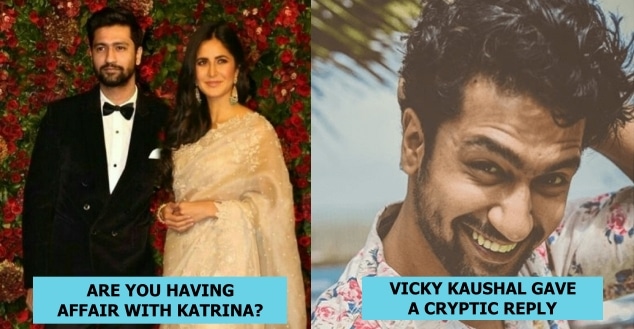 Bollywood romances often grab headlines, especially when the celebrities in question are two of the most sought after in the film industry. In the case of the Vicky Kaushal-Katrina Kaif rumoured affair, the story draws more eyeballs considering neither celebrity has confirmed nor denied the news openly.

The Bollywood couple sparked dating rumours last October when they were spotted attending several of the celebrity-led Diwali parties together. Both celebrities denied they were a couple at the time.

Recently Katrina was seen at the premiere of Vicky’s movie “Bhoot – Part One: The Haunted Ship” and she called the movie ‘outstanding.’

In a recent interview with Indian daily Mid-Day, Vicky was asked whether he was in fact dating Katrina. The ‘Bhoot Part One: The Haunted Ship’ actor revealed he simply wasn’t comfortable opening up about his personal life. While he did not say anything about Katrina specifically, he responded cryptically about dating.

Vicky said, “There are no cons to dating. It’s a beautiful feeling. I understand that the paps are doing their job. I also understand that people have an interest in our personal lives, by the virtue of us being public figures. That’s fair. But it’s completely up to me if I wish to share. I am not comfortable opening up my personal life for discussion. It’s important to me that I guard the good things.”

On the work front, Vicky will be seen next in Shoojit Sircar’s ‘Sardar Udam Singh’ which will release on October 2 . He is also readying for Karan Johar’s multi starrer period drama ‘Takht’.